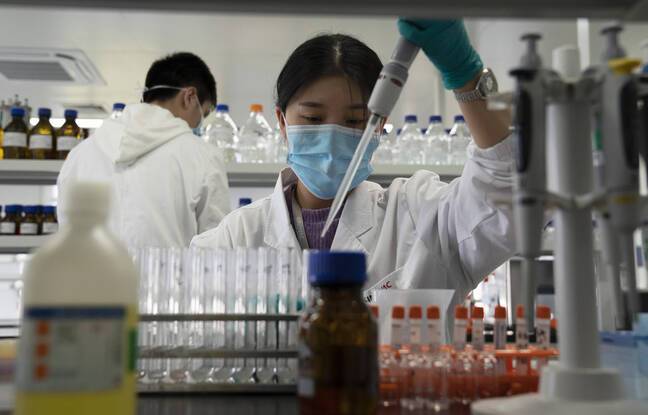 While the teams of the American pharmaceutical giant Pfizer seem to be reaching their goal, other researchers are experiencing disappointment in the discovery of a treatment against the coronavirus. The Brazilian health authority announced Monday that it had suspended clinical trials of a Chinese candidate for the vaccine. The Health Vigilance Agency (Anvisa) took this decision against the “CoronaVac after a serious incident” observed in a volunteer on October 29.

The agency did not provide details of what happened, but said these types of incidents could include death, potentially fatal side effects, severe disability, hospitalization and other “events. clinically significant ”. The public body that coordinates vaccine trials in Brazil, the Butantan Institute, for its part said “surprised” by this decision.

Pfizer and Sinovac vaccine candidates are in phase 3 trials, the last stage before they get the green light or not from regulatory authorities. The two are on trial in Brazil, the second country most bereaved by the pandemic, with more than 162,000 dead.

The CoronaVac has been the subject of a political battle in Brazil between one of its biggest supporters, the governor of Sao Paulo, Joao Doria, and its main political opponent, President Jair Bolsonaro. The far-right head of state spoke of Sinovac’s vaccine saying it came from “this other country”, and instead promoted the one developed by the University of Oxford with British pharmaceutical company AstraZeneca.

Last month, Bolsonaro even canceled an agreement to buy 46 million doses of the Chinese vaccine that had been announced by his own health minister. Referring to “a very discredited China” because “the virus was born there”, the president assured that his country was “not going to buy a vaccine that does not interest anyone”. On Monday, however, Joao Doria announced that the first 120,000 doses of CoronaVac would arrive in Sao Paulo on November 20. The State of Sao Paulo has an agreement with Sinovac to acquire 46 million doses (6 million produced in China, the others in Brazil).

In a press release, the government of this state “regrets having heard of the decision through the press, instead of having been informed directly by Anvisa”, and hopes with the Butantan Institute to learn more about ” the real reasons for the suspension ”. “State government officials fear Bolsonaro will use technical decisions to delay immunization schedule for political reasons,” the newspaper reported Newspaper, citing relatives of Joao Doria.

Share
Facebook
Twitter
Pinterest
WhatsApp
Previous articleTo get by, small businesses rely in particular on a shared bicycle delivery service.
Next articleCall for a strike among teachers this Tuesday for a reinforced health protocol …