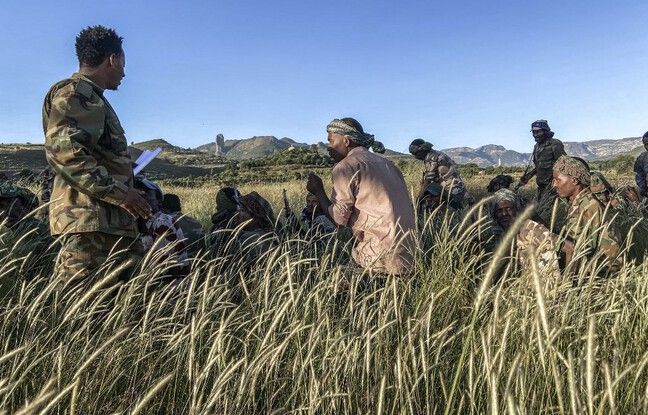 The president of the dissident Ethiopian region of Tigray claimed responsibility for the rocket fire which struck the capital of border Eritrea the day before, again accusing the army of Asmara of helping the Ethiopian army which is fighting the forces of Tiger. “Ethiopian forces are also using Asmara airport” to take off planes bombing Tigray, making it “a legitimate target,” Debretsion Gebremichael said, further accusing the Eritrean army of ‘be engaged in ground fighting in Tigray, northern region of Ethiopia.

Several rockets hit the area around Asmara airport on Saturday, two Addis Ababa-based diplomats said overnight, without being able to report a human toll or possible damage. The Eritrean authorities did not react immediately. “It is an open secret that the two leaders”, Ethiopian Abiy Ahmed and Eritrean Issaias Afeworki, “are using this airport to deploy forces across the border” between Eritrea and Tigray “and attack us “, he added.

On Saturday, the Tigray Forces Command accused Eritrea of ​​lending a hand to the Ethiopian federal army by letting its air force take off from Eritrean territory, but also by intervening militarily in the fighting in Tigray. Tigray troops “have been fighting the Eritrean forces for a few days on several fronts,” the region’s president repeated on Sunday, assertions that cannot be independently verified, due to the blackout imposed on the region and travel restrictions. journalists.

Eritrea is the sworn enemy of the Tigray Peoples Liberation Front (TPLF), a party that rules the Tigray region and has controlled the political and security apparatus in Ethiopia for almost thirty years. The shootings against Asmara are a major escalation in the conflict in Tigray, which many observers fear not only will drag Ethiopia, Africa’s second most populous country (100 million people) and mosaic of peoples, into an uncontrollable community war, but also that it destabilizes the whole region of the Horn.

Ethiopia and Eritrea clashed in a deadly war between 1998 and 2000, when the TPLF was all-powerful in Addis Ababa. The two countries remained at loggerheads until Abiy Ahmed became Prime Minister in 2018 and made peace with Asmara, which won him the Nobel Prize in 2019. Abiy Ahmed launched on November 4 a military operation in Tigray to install “legitimate authorities” there, after months of tension with the TPLF, which it has gradually removed in recent years from power in Addis Ababa.