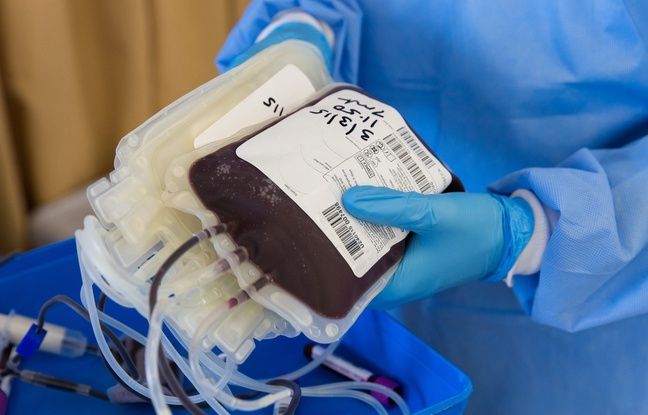 The British government on Thursday announced that it will re-authorize the use of British-sourced blood plasma in the manufacture of life-saving treatments, 23 years after banning it over fears of a human form of mad cow disease . “Following expert advice, I am happy that we can now lift this ban, which will help thousands of patients access potentially life-saving treatments faster,” said the Secretary of State for Health.

He asserts that England could thus “become self-sufficient” in this matter. Scotland has taken the same step.

Until now, the country has depended on the importation of blood plasmas – especially from the United States – to manufacture certain drugs, used mainly by people with extremely weak immune systems (antibody deficiency, long-term cancer treatment , etc.). This news comes at the right time, as global demand for plasma – under constant pressure in recent years – has further increased with the Covid-19 pandemic, due to a “significant drop in donations in the United States” .

“The government will also introduce a new provision to ensure that UK plasma is used primarily for UK patients and not exported elsewhere,” he said. The United Kingdom in 1998 banned the use of any British blood plasma in the manufacture of medicine, fearing the spread of Creutzfeld-Jacob disease, a human variant of bovine spongiform encephalopathy (BSE), otherwise known as bovine spongiform encephalopathy (BSE). mad cow.

The use of plasma is “safe”

According to experts from the Independent Commission for Human Medicines (CHM), the use of this plasma of British origin is now “safe and can resume thanks to a set of solid security measures”, it is specified, after a full review launched by the British health agency (MHRA) at the end of 2020. Each year, the British public health service (NHS) collects around 350,000 liters of blood plasma in hospitals, of which 100,000 liters are used for transfusions.

Until now, the remaining 250,000 liters of donations were thrown away, not being able to be used to manufacture drugs, as other countries usually do with their stocks. “We are very happy that the donations […] can now save and improve even more lives in the years to come, ”said the CEO of the Blood and Transplantation branch of the NHS.