Brittany remains the region with the lowest unemployment rate in France 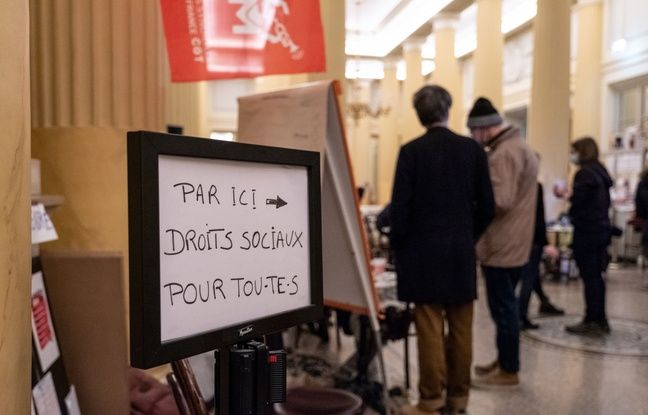 It’s almost an achievement as the context is so moldy. In the fourth quarter of 2020, Brittany saw the number of salaried jobs increase. Modest growth that INSEE estimates at + 0.2%, or 2,000 net creations, but growth nonetheless. Another figure alone illustrates the “resistance” of the peninsula to the economic crisis caused by the Covid-19. At the end of 2020, the unemployment rate in Brittany was 6.5% “and remains the lowest unemployment rate in French regions”, underlines INSEE. After a complicated start to 2020, the region has been able to raise the bar and see this rate fall for the second consecutive quarter, even if the figure remains higher than at the end of 2019, its lowest level for ten years, and that it should be qualified.

With 6.5%, the region is the “champion of France” ahead of Bourgogne Franche-Comté (6.6%) and Pays-de-la-Loire (6.7%). INSEE points out, however, that this drop is distorted by the confinement episodes. “As in the first and second quarters, the fall in unemployment within the meaning of the ILO (International Labor Office) is partly” trompe-l’oeil “, the second confinement affecting the availability and job search of unemployed people “.

A “much smaller” decline than elsewhere

The balance of the year shows a “net destruction” of 3,800 jobs, which is dramatic for all those who have lost their job. But “the decline in employment observed since the end of 2019 in Brittany is much less significant than in all the French regions”, notes INSEE in its latest bulletin.

Unsurprisingly, it is in the hotel and catering industry that the fall is hardest. But personal services are also suffering from the health crisis, as is the commercial service sector. Conversely, the construction sector has recovered well. In Brittany as in France, the drop in economic activity linked to the second confinement turned out to be more limited than expected. On the other hand, the number of business failures is on the rise. And it is probably not over.