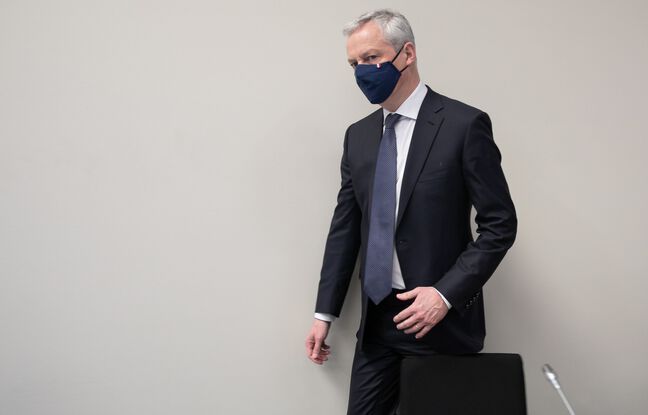 Invited on RTL this Monday morning, Bruno Le Maire detailed the assistance plan intended for businesses and especially for non-essential businesses. Among the flagship announcements: a relaxation of the conditions of access to compensation for losses.

“From the beginning of June for hoteliers, for cafes, for restaurants, for the world of culture and shows, for events, you will have access to the solidarity fund regardless of your loss of turnover. », Declared the Minister of Economy and Finance on the radio.

No need to justify a loss of 50% of turnover

A major relaxation knowing that until today, it was necessary to justify a loss of 50% of turnover to have access to the solidarity fund. The minister took the example of “a restaurant owner who reopens but only on the terrace, who will lose 30-40% of his turnover”.

“He will be eligible for the solidarity fund with a compensation figure that we will define with the professionals of the hotel, restaurant and cafes this afternoon,” added Bruno Le Maire. “I receive them at 3 pm” and “the event sector tomorrow,” he said.

“We will keep the entire solidarity fund for the month of May”, and that “even if there are partial reopening from May 19”, also said the minister. He also announced a “meeting clause” with professionals in these sectors at the end of August to take stock of their situation.

In general, the Minister considers that the economy is going “in the right direction because entrepreneurs have taken over the activity head-on, that certain industrial sectors have taken up very well”, such as the construction industry, and “because the recovery plan is working”, with nearly a third of the 100 billion euros already disbursed, he added.

Bruno Le Maire was also delighted that with an increase in its gross domestic product (GDP) of 0.4%, France has “the highest growth figure of all European countries in the first quarter”.

Germany and Spain thus saw their GDP contract in the last quarter, due to a resurgence of health restrictions more important than in France.