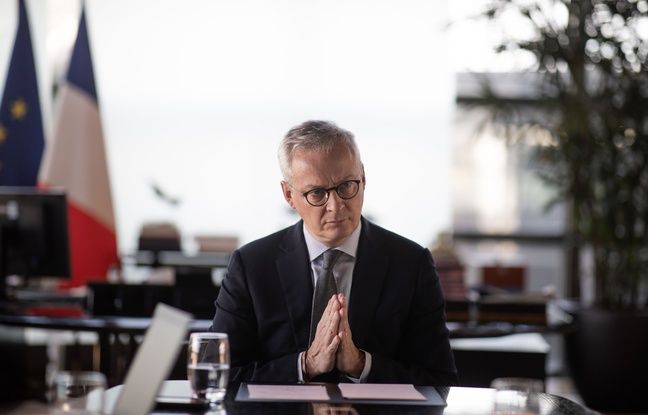 A gesture for traders. Economy Minister Bruno Le Maire said he was ready on Monday to consider paying additional help to traders to deal with the headache of unsold stocks due to administrative closures during confinement.

“If more help is needed on the issue of stocks, we are ready to watch it and grant it,” the minister said on set at BFMTV. Indeed, many traders will find themselves with winter collections on their hands they will not know what to do with because they will not have been able to sell them during the period. “

Bruno Le Maire at the same time called for seeing how to “strengthen health safety rules” during confinement in order to allow the reopening of businesses considered non-essential. In particular, he declared himself “very favorable” to the establishment of a system for making appointments in stores in order to limit the movement of people. “It is one of the sanitary rules that would allow us to reopen in good conditions,” he said.

The minister also mentioned the possibility of allowing the opening of stores on Sunday and the extension of opening hours to allow traders to make up for the shortfall caused by this new confinement.

Maintaining or not of “Black Friday”?

Asked about the government’s position towards the end-November sales, “Black Friday” from the United States, Bruno Le Maire recalled that it was “a private promotional operation” on which the executive had no hand. “I invite distributors and merchants to discuss among themselves what solutions they want to bring to“ Black Friday ”: should it be postponed? Should it be spread out? It’s up to them to decide, ”he said.

“The responsibility of the State is the sales,” he said, referring to the possibility of “moving the date of the sales” if the traders so wished.