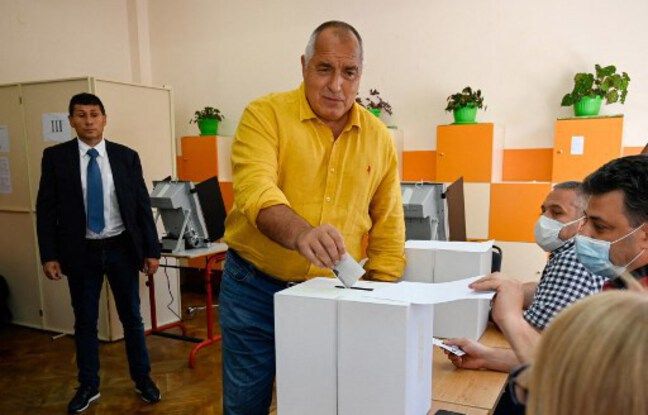 The Bulgarians voted Sunday for the second time in three months in the hope that these legislative elections, marked by a strong abstention, will make it possible to emerge from the political crisis.

On everyone’s lips, only one question: will the parties agree to form a coalition this time? In the opinion of experts, the former conservative Prime Minister Boyko Borissov “will not govern because he is isolated”, even if his formation Gerb were to emerge in the head.

The previous ballot indeed marked the end of an era that began in 2009. Despite 26% of the vote, this ex-bodyguard, who left his mark on Bulgarian post-communist history with his longevity, could not find a solution. partner, while a new political force emerged, led by popular singer and TV host, Slavi Trifonov.

Weakened by massive demonstrations during the summer of 2020, Boïko Borissov, 62, has lost ground again since, in the face of the flood of revelations from the interim government on the corruption that plagues this country, the poorest in the European Union. “What chaos they sowed! “, He denounced by voting at midday, in a yellow shirt and jeans, considering himself targeted and threatened by the investigations.

According to the latest polls, his Gerb party is neck and neck with the anti-system party of Slavi Trifonov, 54, which surprised by coming second in April (17.6%). Both are now credited with 20-21% of the vote.

“That our children do not emigrate”

At 4 p.m. (1 p.m. GMT), the turnout was just 27.2%, up from 40% on April 4 at 5 p.m., according to the Election Commission. In question: the numerous “departures on vacation” and the installation of voting machines in most offices which may have discouraged “elderly or illiterate voters”, commented Julius Pavloff, director of the Center for Analysis and Marketing in Sofia , contacted by AFP.

In the capital, voters oscillated between optimism and resignation. Victoria Nikolova, 34, came to vote with her husband and two daughters “to reduce corruption”. His wish, in this depopulated country: “that our children do not emigrate when they are old”. But Yulian Lazarov, a 40-year-old journalist, says “no longer hopes for positive change”. “Nothing ever changes in this country,” he breathes.

The formation of Slavi Trifonov, called “There is such a people” (ITP), refuses any cooperation with traditional parties with a tainted reputation, including the Socialists and the Turkish Minority Party (MDL).

On the other hand, she said she was ready to negotiate with the representatives of those who took to the streets in the summer of 2020 and are galvanized by the wind of change: democratic Bulgaria (right), which could gather 12% of the vote, and Stand up! Mafia out (left, around 5%).

“It is time to complete what we have started and to completely change the model of governance”, launched Slavi Trifonov on Facebook, who wants, in case of victory, to appeal to “young people, new faces”.

Shaved head and dark glasses, “Slavi”, as Bulgarians call him, led a very discreet campaign and a priori will not seek the post of Prime Minister. However, the three forces united would only obtain 100 to 110 seats out of the 240 in Parliament, according to the counting of the analysis institutes, which augurs well for a fragmented landscape.

“The fatigue of public opinion”

Analysts warn against “the fatigue of public opinion” in the event of new elections, in the words of Boriana Dimitrova, director of the Alpha Research institute.

“The parties are realizing this and will make an effort to form a government,” she said on bTV on Sunday, as the founder of democratic Bulgaria, Hristo Ivanov, called for “turning a new leaf. “.