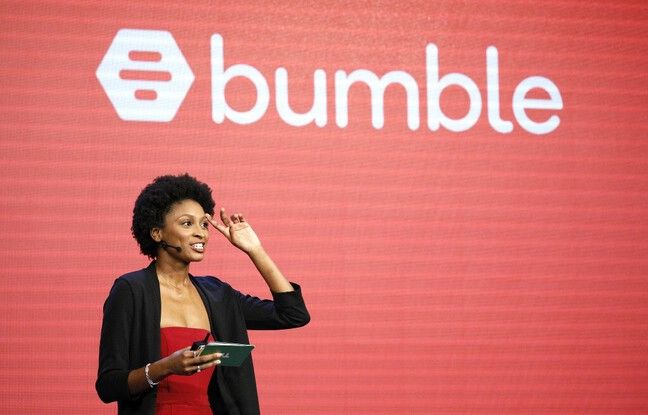 Nearly $ 13 billion is the amount of the IPO of Bumble, the application of “dating” American, where women take the first step, which capsized Wall Street on Thursday.

More than 50 million shares were sold by Bumble at 43 euros, allowing the company to raise more than $ 2 billion. When it entered the New York Stock Exchange on Thursday, “BMBL” gained 63.51% to 70.31 dollars at the end of its first session, giving the company a capitalization of 13 billion.

Dating apps have been hugely successful since the pandemic tested millions of singles in the United States and around the world. One of the best-known players in the sector, Match, owner of Bumble’s rivals Tinder and Meetic, has seen its action increase fivefold on Wall Street since March and the outbreak of the epidemic in the United States. Bumble Inc, which includes the Badoo and Bumble apps, was started in 2014 by Whitney Wolfe Herd, 31, a former president of marketing for rival network Tinder.

She wants to be a global social platform, feminist above all, at the service of love, professional and friendship issues, by giving, she claims, the power to women to create the relationships they want. A year after its launch, the application claimed 15 million subscribers and 80 million meetings. By 2020, Bumble would have 54 million monthly users, according to Bloomberg, and 2.4 million paid subscribers through Bumble and Badoo. The two applications, which were acquired by the Blackstone investment fund in 2019, employ 600 people in Austin (Texas) and have offices in several European cities.

“The IPO of Bumble comes just in time for Valentine’s Day,” said Wall Street 24/7, a letter to investors. “The Thursday before” the day of lovers, said Art Hogan, chief analyst for National. “The online dating market has become increasingly popular in recent years and is now the most common way for new couples to meet in the United States,” the magazine noted.

The “Great Lockdown” has pushed singles around the world to “dating” apps. When the pandemic hit, Tinder posted a record use on March 29, with more than three billion “swipes”, and the number of messages exchanged on the competing platform, Bumble, had increased by 26% in the same month. United States.

With its uninhibited and feminist approach, where only women are allowed to take the first step, Bumble has found its success with “millennials” (17-34 years old) and beyond. “Bumble is more than an application, it’s a movement,” says the platform. “This is the place where people go to learn how to build and maintain healthier relationships,” the site says. He takes his dating candidates by the hand by showing them how to “create a positive first impression”, how to take a flattering photo, how to promote your image on the net. The application also extends the offer of meetings to the field of friends with Bumble BFF or to that of the professional network with Bumble Bizz.

Bumble does not hide his desire to empower women in dating or to fight against misogyny. In 2019, she recruited luxury ambassadors such as tennis star Serena Williams, who, in an advertising campaign, encouraged women to take the first step, whether in their love life, in friendships but also in the world of work. The message is clear: it is women who set their rules and on their grounds. Bumble, which was still at a loss for the first nine months of 2020 (- $ 84 million) but whose turnover had increased to $ 376 million, intends to use part of the funds raised to repay its debt.