Bus leaves road and plunges into canal, at least 39 dead 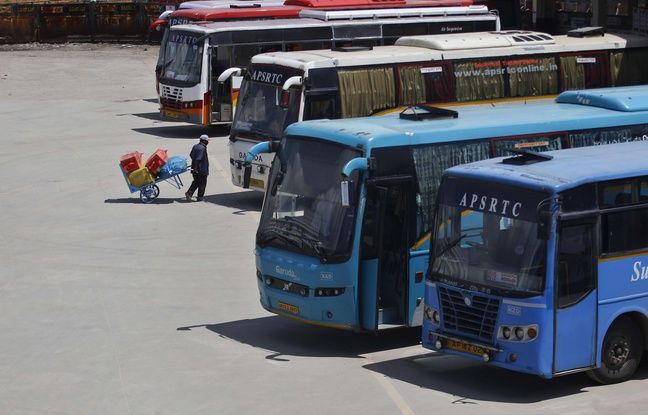 At least 39 people died in a bus crash on Tuesday in central India’s Madhya Pradesh state. The vehicle, which was traveling early in the morning and carrying 50 people, swerved on the road before ending its run in a canal.

Seven people, including the driver, managed to get out of the water. Sixteen women and one child are among the victims. Several of the passengers who died in the crash were on their way to an exam for jobs on the Indian Railways.

🚌🇮🇳INDIA – Around 30 passengers on a bus were killed after it fell into a canal in the northeastern town of Sidhi (via @RebeccaRambar). pic.twitter.com/uFNeEURgK5

The state government ordered an investigation. According to the first elements, the driver would have lost control of the bus, which would have struck a bridge before plunging into the stream. Local authorities halted the flow of water into the canal to facilitate rescue operations and allow two cranes to extract the vehicle. The operation lasted three hours.

Indian Prime Minister Narendra Modi’s office said on Twitter that the families of the victims would receive 200,000 rupees ($ 2,750) in compensation. “The whole state stands by the side of those struck” by this tragedy, declared the Prime Minister of Madhya Pradesh in a video message.

In 2019, more than 150,000 people died in some 500,000 accidents in India. According to Times of India, the United States records five times more accidents each year, but the number of fatalities is four times higher in India. The main causes are excessive speed, the absence of a two-wheeled helmet and failure to wear a seat belt.