But what can Donald Trump do for his last 68 days in the White House? 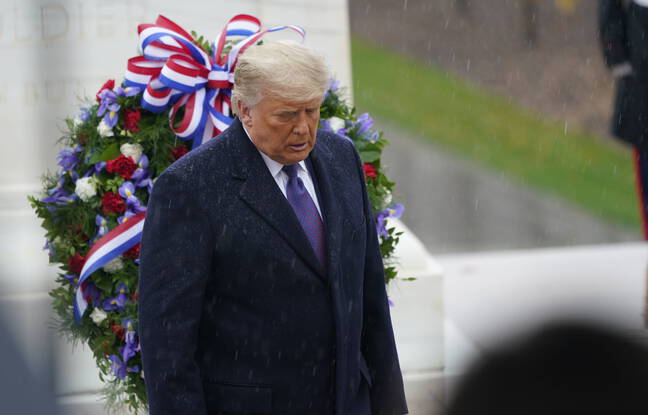 On January 20, Joe Biden, winner of the 2020 US presidential election, should normally be inducted into the White House. Donald Trump has 68 days left at the head of the world’s leading power. A little more than two months for the troublemaker president, it may seem long to the rest of the world. But will he really have the time to do what he wants?

Historically speaking, once the new candidate is elected, the outgoing president’s mission is to facilitate the transition as much as possible and to allow the new administration to have any measure to govern from January 20. So much so that the outgoing president is sometimes nicknamed lame duck (lame duck), “nickname which highlights the ambiguous and wobbly status of a leader at the end of the race, without popular legitimacy, but not yet replaced by his elected successor”, informs the researcher in American civilization Alexis Pichard on this funny animal metaphor.

But anyone who follows American policy a little will find that it is not really taking the path. And this is indeed Donald Trump’s first power of nuisance for the researcher, and the one he applies for the moment in a loop, the contesting of the election of Joe Biden, “which makes the very idea impractical. of transition. The proliferation of legal remedies – for the moment unsuccessful – concerning possible fraud during the election paralyzes the transfer of power. “A dispute in which Donald Trump feels pushed wings by his number of voters, with more than 72 million voters having voted for him (against 77 million for Joe Biden), the president knows that he has a real electoral and support base recalls the historian Catherine Durandin.

As obsessive as his struggle is, we have to recognize that the outgoing president loses all his legal remedies, and his time is running out. The electoral calendar gives until November 20 for Georgia, November 23 for Pennsylvania and until December 3 for Arizona to certify their results. “He may want to reassure his supporters by showing that he fights to the end,” said Catherine Durandin.

What radius of action?

While waiting for Joe Biden to take his place in the Oval Office, Donald Trump keeps “theoretically full powers and could do more or less what he wishes,” recalls Alexis Pichard. Fortunately, however, there are quite a few safeguards between theory and practice. On the national side already, the president “remains subject to the two checks and balances that are the two chambers of Congress, in particular the House of Representatives with a Democratic majority”, reassures the researcher. Which also reminds us that the Republican Party is cracking around the Trumpian personality, with more and more executives calling for recognition – or on their side – of Joe Biden’s victory.

On the political side abroad, Catherine Durandin is also responsible for relieving fears: “It is very unlikely that Trump will have time to strengthen his policy. Lack of time and international context where its measures would be seen as too violent a provocation. China, in particular, has just congratulated Biden. “Anyway, Alexis Pichard recalls, the American president does not seem really concerned by the affairs of America or of this world at present,” as he is obsessed with the contestation of the ballot and the various appeals brought. “

There remains then a last ray where the president could make fruitful his remaining days: the judicial field, where he risks several compromising cases at the end of his presidential immunity. The researcher in civilization draws up a wide choice of possibilities “Donald Trump could pardon himself, since the president theoretically has the prerogative, in anticipation of future prosecutions as soon as he has become a simple American citizen again. He could also grant presidential pardons to some of his former collaborators like Michael Flynn, Paul Manafort and Steve Bannon in order to protect his administration, and therefore himself, from ongoing or future lawsuits. He did not deprive himself of exercising this power on several occasions during his mandate. “

For Catherine Durandin, the problem always remains the same: “Yes he will fight, but once again, his remaining days to maneuver effectively are numbered. “

Less room for maneuver than it seems despite the possibilities in theory infinite, split within its base, clock running, the future is uncertain on the range that Donald Trump will choose. And for good reason, the situation remains damn unprecedented. Alexis Pichard concludes: “Even twilight series like House of Cards had not imagined such a scenario. That is to say… “