But what is happening in Seychelles, which is experiencing a new wave despite vaccination? 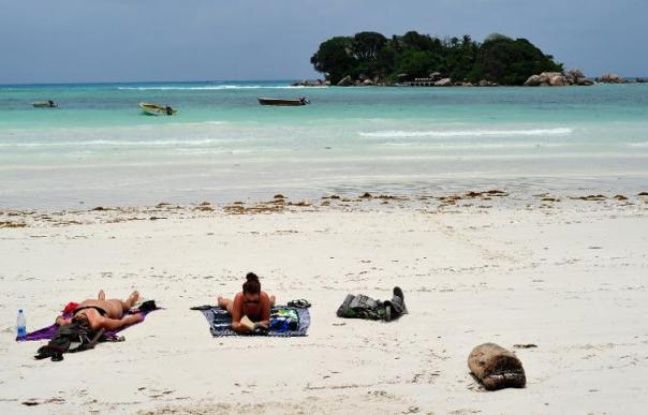 Nightmare in the Seychelles. With 61% of its population having received a double dose of the coronavirus vaccine, the archipelago is one of the world leaders of the most vaccinated countries in the world, even surpassing Israel (59%), and being light years away the United States (32%), the United Kingdom (24%), or France (10%).

Yes but now, despite this very advantageous percentage, the archipelago has been facing an explosion of cases since mid-April. Last week, 115 new cases were detected every day on average, compared to 15 new daily cases a month ago. On the scale of France, 115 daily cases on the archipelago would represent for our country 79,000 new cases per day.

Faced with this epidemic outbreak, the islands have taken drastic measures: schools closed on Tuesday for a period of three weeks, restaurants and bars must stop their service earlier, teleworking remains the norm and the curfew is maintained at from 11 p.m. But how to explain this new wave? 20 Minutes make the point.

How is this new wave made up?

Two-thirds of people who have tested positive in recent days are either unvaccinated or partially vaccinated, that is, they have not received both doses. “However, double-dose vaccines are not fully effective until after the double injection, and even often it is recommended to wait another week or two after the second dose” to consider yourself totally immune, explains epidemiologist Antoine Flahault . With this new criterion in mind, only 45% of the country’s population had two doses more than two weeks ago.

Certainly, the British in particular have obtained excellent results after a single dose of the AstraZeneca vaccine, delaying the second as much as possible to vaccinate as many people as possible. But the virus had circulated widely in the United Kingdom, unlike the Seychelles, with proportionately nearly seven times as many deaths. A study had shown that more than half of Scots over 80 years of age had antibodies to Covid-19 before vaccination, having therefore already been infected. In this case, the first dose acts as a reminder, which increases its effectiveness.

“There was probably too much relaxation with the good vaccine results. But it was forgotten that 40% of the population is not vaccinated, and it is this part which makes up the majority of the new wave, ”points out Antoine Flahault.

What about doubly vaccinated and positive people?

Nevertheless, a third of positive people are doubled vaccinated. How to explain it? Quite simply because the aim of the vaccine is not to prevent catching the coronavirus, but to stop serious forms and deaths. Confusion that often comes up, especially in France when the Covid reappears in mostly vaccinated nursing homes. Recently, in Toulouse, residents of a doubly vaccinated nursing home were detected positive for the coronavirus, again creating a multitude of reactions. But none of them developed a severe form of the disease, or even required hospitalization.

“For the moment, there is no evidence to tell us that vaccines in the Seychelles are not ineffective on severe forms of the coronavirus”, specifies Antoine Flahault. Since the very start of the epidemic, the archipelago has counted 28 dead for 98,000 inhabitants, the last death dating back to April 2.

Admittedly, more and more studies suggest that vaccination greatly reduces viral transmission. But that doesn’t prevent you from having the coronavirus, and with two-thirds of new cases unvaccinated, it is quite possible that they are the ones who participate the most in the circulation of the virus.

Are the vaccines used involved?

The Seychelles used the Chinese Sinopharm vaccine and the Covishield, AstraZeneca version made in India. The Sinopharm vaccine has disputed efficacy. According to its designers, the vaccine would be 79% effective against severe forms of the coronavirus (against 95% for Pfizer / BioNtech). According to other studies, the effectiveness is only 50%. Le Washington Post mentioned in April the doubts of the Chinese health authorities themselves on the effectiveness of this vaccine.

For AstraZeneca, the problem could come from the South African variant. The latter already represented 28% of sequencing as of February according to the country’s health authorities. However, AstraZeneca presents much poorer results compared to the South African variant. The geographical location of the Seychelles, between South Africa and India, and with a massive opening up to tourism, may have contributed to importing variants into the territory.

But for the moment, as Antoine Flahault reminds us, nothing shows that the new wave is causing serious forms in vaccinated people. We will therefore have to wait a few more weeks (hospitalizations and deaths being out of date with the arrival of new cases) to cast doubt on the vaccines used. And keep in mind that this new wave in Seychelles is not explained by a single factor, but probably more by a combination of all those mentioned above.