Calls to investigate journalist assassinations in the 1990s 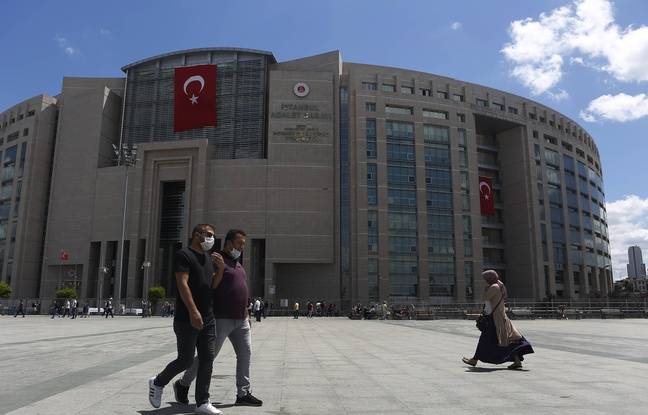 Press rights organizations on Sunday called on Turkish authorities to investigate accusations by a mafia sponsor of the murder of several journalists in the 1990s.

For three weeks, Turkey has lived to the rhythm of videos posted on YouTube by Sedat Peker, a figure of the underworld exiled abroad, in which he accuses members of the government and the ruling AKP party of various crimes and corruption.

Assassinations “put under the carpet”

In the last of these videos, Sedat Peker accuses a former Minister of the Interior, Mehmet Agar, of having been the head of what he calls the “deep state” in Turkey and assures that he is involved in the murder of investigative journalist Ugur Mumcu in 1993.

The representative of Reporters Without Borders (RSF) in Turkey, Erol Onderoglu, called on the authorities to investigate the murders of journalists who had at the time been “put under the carpet”. The questions about “the legitimacy or the authority of Peker to bring these accusations do not justify the silence. # Impunity”, tweeted the representative of RSF.

Ugur Mumcu, who worked for the daily Cumhuriyet, was killed in Ankara in a bombing while starting his car. Those responsible had never been found. This journalist was “a respectable man”, according to Sedat Peker. “Why was he killed? Take a look at what he was writing when he was killed, ”he added.

“Ugur Mumcu wrote about terror, but when he broached the question of who was benefiting from this terror, he was eliminated,” explained this figure of the underworld. “Who arrived first (at the scene of the assassination)? The killer arrived first, ”he added, referring to Mehmet Agar.

Sedat Peker also accused a former lieutenant colonel, senior Turkish intelligence service (MIT), Korkut Eken, of ordering the murder of another journalist, the Turkish Cypriot Kutlu Adali, of the leftist newspaper Yeni Düzen. . He was shot dead outside his home in 1996. Those responsible had not been found either.

“We want an investigation into the murders of #UgurMumcu and #KutluAdali,” the Turkish Journalists Union tweeted on Sunday. “We demand that the suspects be brought to justice. We call on prosecutors to do their duty ”.

A journalist with the Turkish state-run Anadolu news agency was sacked on Friday after asking about embarrassing accusations by Sedat Peker against the powerful Interior Minister Süleyman Soylu.

In one of these videos, Sedat Peker notably claimed that the minister had protected him and allowed him to flee Turkey before being arrested.