Can the European Union really unite on taxation? 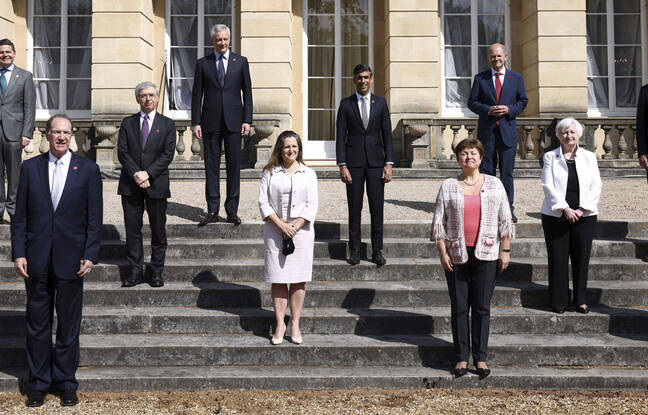 “Historic”, “unprecedented” … the G7 finance ministers did not have enough strong words to qualify the agreement on international taxation concluded this weekend. The latter provides, in the long term, a worldwide taxation of companies at a minimum rate of 15%. According to Bruno Le Maire, Minister of the Economy, this will “prevent tax avoidance and optimization”.

How would that work out in practice? Imagine for example a French company established in Ireland, with a tax rate of 10%. By setting up its global “minimum rate” of 15%, France could deduct a sum from the company on the activity declared in Ireland, and thus recover additional tax revenue. In theory, companies could no longer “hide” in tax havens to evade taxes.

Before getting there, Paris intends to convince other EU members to implement the agreement. However, several member countries have, a priori, no interest in seeing this world rate become a rule. This is for example Ireland, whose official corporate tax rate is 12.5%, although some companies such as Apple have benefited for years from a much lower rate (5%, even 2%).

Luxembourg can also be afraid: “if the statutory corporate tax rate is officially 25%, in reality, the effective rate, due to the possibilities of optimization, is only 1% or 2%” thus explained in February Maxime Ferrer, journalist at World, and co-author of the “OpenLux” survey on the country’s tax practices. Without forgetting Hungary, with its corporate tax rate of 9%.

Unsurprisingly, these countries will therefore not be in pole position to implement a minimum tax rate of 15% on companies. All the more so as on the tax subject, the consent of all member states is required. “A comprehensive agreement in the European Union is unlikely. The EU is planning a directive on the subject at the end of 2022 at the beginning of 2023 and there is a great chance that it will be blocked ”, concedes Quentin Parrinello, specialist in the fight against tax evasion at Oxfam.

So, end of the game for the global tax? Not necessarily. “This measure was designed to be able to be applied unilaterally. Nothing prevents France from going there alone, ”continues the Oxfam specialist. This is what the United States plans to do.

The government is not there yet and is sticking for the moment to its strategy of rallying – almost – all the powers. “The next step is the G20, which will take place in Venice, Italy at the beginning of July,” Bruno Le Maire explained on Sunday, during an interview with Europe 1 / CNews / Les Echos. There we will have to convince the other great powers, particularly Asia, I am thinking in particular of China. Let’s face it, it’s going to be a tough fight ”.

For their part, the most critical observers of the agreement put forward the need to increase the overall tax rate beyond 15%. “The problem is that there are now many exemptions for companies, such as tax credits, which lower the effective tax rate,” explains Quentin Parrinello. If you put a tax rate at 15%, the rate actually applied may be lower ”.

“15% is a ridiculously low rate compared to what has been the norm historically and what is the norm today, affirms for his part Gabriel Zucman, economist, questioned by the“ Devoir ”. In the mid-1980s, the global corporate tax rate was 50%. In forty years, we have gone from 50 to 22%. And today, all the G7 countries are way above it. “