Can the executive still relaunch the text before 2022? 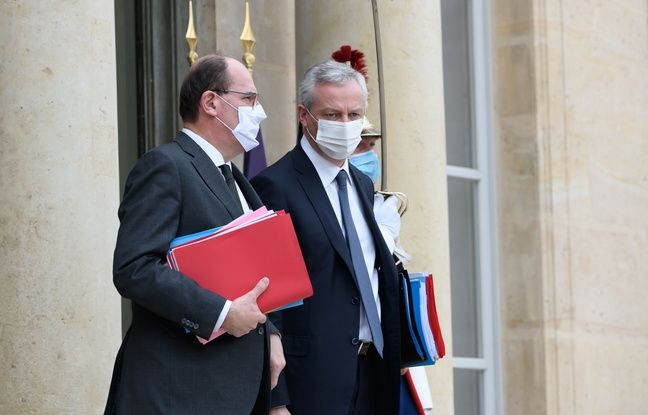 Pension reform soon back? A year ago, almost to the day, hundreds of thousands of people demonstrated across France against the government’s plan to “set up a points system”. Faced with “parliamentary obstruction” in the National Assembly, the government had to pass the text in force, at the beginning of March, by resorting to article 49-3. A few days later, the coronavirus epidemic put an end to this social conflict, even before the bill reached the Senate.

The executive has never given up on this “essential” bill, the translation of a campaign promise by Emmanuel Macron. But the majority sometimes shows dissonance on the method to be used to relaunch this reform and on the timetable for this “hot” issue.

“Today, the conditions are not met to resume discussions”

“The first intuition which was mine, to say that it was an excellent first reform of the second five-year period, is finally quite adapted to the air of the times”, pleaded Richard Ferrand Sunday on France 3. By wishing to push back the text to after 2022, President LREM of the National Assembly seems to oppose the Minister of the Economy, Bruno le Maire, who at the end of November made it an “absolute priority” to repay the debt, attracting opposition from within even from the government.

“It is an essential and priority reform. But there is no question today of resuming consultations when we are at the heart of the coronavirus crisis, we say in the entourage of Gabriel Attal, the government spokesman. This will resume when the time comes depending on the evolution of the health crisis. “Same story in the entourage of Laurent Pietraszewski, Secretary of State responsible for reform:” There has been no change since the suspension at the time of the first confinement. Today, the conditions are not met to resume the necessary discussions with the trade unions. “

“The longer we wait, the more the deficit grows”

On France Info, this Monday morning, Bruno Le Maire again raised the subject. “It will be for the President of the Republic, and for him alone, to decide the timetable. But the facts are stubborn, you cannot have a pension plan in deficit for decades, until 2045, ”he said. The one who is also Minister of Finance mentioned the need to go through with this reform to reduce public spending, while the debt has exploded and is expected to reach 117.5% of GDP this year, due to the epidemic.

“It’s not for us to set the timetable. But our responsibility is to repay the debt, and that goes through three possible sources: the return of growth, control of expenditure and structural reforms, ”we told Bercy. “Now is not the time, since the government is dedicated to the immediate health and economic crisis. But the longer we wait, the more the deficit grows ”.

#Pensions : “There is a commitment to@EmmanuelMacron and our majority to transform our retirement system to make it fairer. There is no redistribution if we are not in financial equilibrium. We must be responsible “, recalls @pietraszewski_l. # PolÀTable pic.twitter.com/cpqQXj8vXi

This race against the debt is for the moment ruled out by Matignon: “This reform is a priority in terms of importance, but not in terms of agenda. The pension reform is a way to regulate the debt, which is exploding, but the question does not arise until the health crisis is over. “

If the executive is cautious, it is because pension reform is also a politically explosive subject. Before its passage in the National Assembly, the text had led to weeks of mobilization and strikes, the unanimous opposition of the unions, and doubts even within the majority. “It’s a hot topic and with everything we are going through at the moment, this is not the right time”, confides a government source, while Emmanuel Macron assures since the beginning of the crisis wanting on the contrary ” appease ”the country.

The facts are stubborn: the pension reform as it was presented last winter would lead to sharp cuts in pensions for low wages, in particular for the public service and the liberals, and therefore in the purchasing power of households. For us this is therefore unacceptable. https://t.co/o8dE9w7IRB

According to several parliamentarians, the schedule promises to be already busy until the end of the five-year term. “Structural reforms, pensions and unemployment insurance, are necessary for the country. And they will be even more so when the crisis is over, says Laurent Saint-Martin, LREM deputy for Val-de-Marne and general rapporteur of the Finance Committee. But when we look at the calendar, it does not seem possible to me to pass these reforms before the end of the mandate. “