Can we (and should we) speak of economic profitability with the conquest of space? 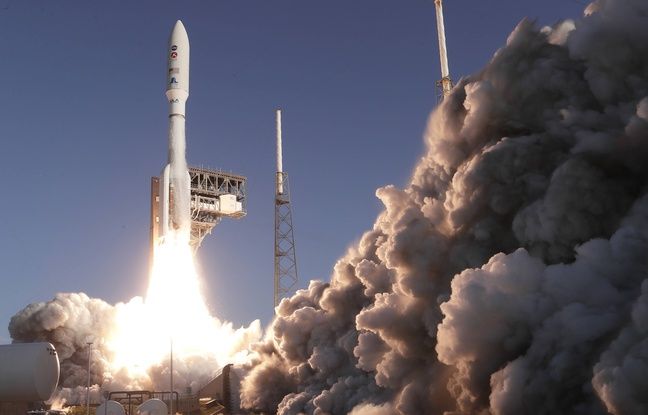 Perseverance has arrived. Seven months after leaving Earth, NASA’s vehicle landed on the planet Mars last week. His mission will be to search for possible traces of life and to determine if a human exploration of the red planet is possible. Obviously, such a sophisticated program is expensive: $ 2.7 billion, including development, construction, launch, and the mission itself to Mars.

A sum which may seem very high in absolute value, but which is not so much when compared to other space missions. According to “The Planetary Society”, an American NGO specializing in space, sending the Curiosity rover to Mars in 2011, still by NASA, thus cost 3.2 billion dollars. A relatively similar cost.

Billions in the sky

And if we compare to missions including sending crews into space, Perseverance appears to be a “low-cost” project. Thus, the American program “Space Transportation System” (STS), which led to the development of the space shuttle in the 1980s, required $ 50 billion. As for the Apollo program, which allowed several men to walk on the moon, it cost 206 billion dollars *, almost 70 times the price of Perseverance.

These figures recall a reality: going into space is expensive, because it requires a lot of human and technological skills. However, in a period when the debt is growing and with a President of the French Republic who affirms that there is no “magic money”, these expenses can raise questions. Should space, and can it be profitable, as if it were a classic economic activity?

“When we talk about space, we mainly talk about public money,” specifies Pierre Lionnet, economist and research director at Eurospace, an association which defends the interests of industrialists in the space sector. For example, 80% of satellites and corresponding launches are purchased by governments for state programs. This is a public contract, so the notion of profitability will not be the same as that of a private company ”. He illustrates his point with a metaphor: “When the town hall of Paris changes the bulb of a lamppost, we do not ask the lamppost to be profitable but to provide good lighting. Space service is the same. When you use Galileo (the European equivalent of GPS), it’s free, whereas you had to spend a lot of money to deploy the satellites ”.

A form of public space service, therefore. This does not mean, however, that the money used is spent without any control. “Even if we do not have a profitability objective as a private company might have, we are required, for each mission, to have the best value for money in terms of commercial proposals,” explains Murielle Lafaye. head of the “Economic Intelligence” pole at the National Center for Space Studies (Cnes). On the other hand, the missions must maximize the socio-economic benefits and the responses to societal challenges. “

But then beyond the prestige and the scientific adventure specific to such explorations, what can these famous repercussions be? “Astronauts have greatly contributed to a better understanding of human physiology, to know how the body behaves in micro-gravity,” continues Murielle Lafaye. Major advances have been made on the mechanisms of osteoporosis, with the invention of a medical device that creates micro-shocks in the bones to densify them and reduce problems. Materials such as Teflon were also developed in the context of the conquest of space and found their way into everyday life ”. We could also mention the development of MRI, or that of computer chips. So many developments that can occur years after the actual space missions, which complicates the calculation of a hypothetical short-term profitability.

Today, “this notion of profitability only exists for private companies that launch satellites,” assures Pierre Lionnet. For example, StarLink, developed by Elon Musk [également patron de SpaceX], aims to provide direct internet access anywhere in the world thanks to thousands of satellites. Such a system costs billions of dollars. So to be profitable, it will take millions of subscribers willing to pay $ 99 monthly. It’s a real gamble ”.

Beyond the fantasies of potentially very profitable future space operations – some evoke, for example, the extraction of precious minerals from celestial bodies -, the next economic space market could be that of tourism. SpaceX thus plans to send billionaire Jared Isaacman and Hayley Arceneaux, a social worker, into orbit at the end of 2021, accompanied by two other non-professional astronauts drawn by lot and supposed to embody “values”: Generosity and Prosperity. Ticket price: approximately $ 55 million per person, fully supported by Jared Isaacman.

A niche market, therefore, strongly criticized by certain NGOs. Like Fridays For Future, which cracked a parody advertisement last week to remind people that it would be better to “deal with climate change” than to please the wealthy.

* In 2020 dollars, that is to say taking into account inflation in relation to the period when the program took place.