Can we encourage the French to spend their “Covid” savings without a new tax? 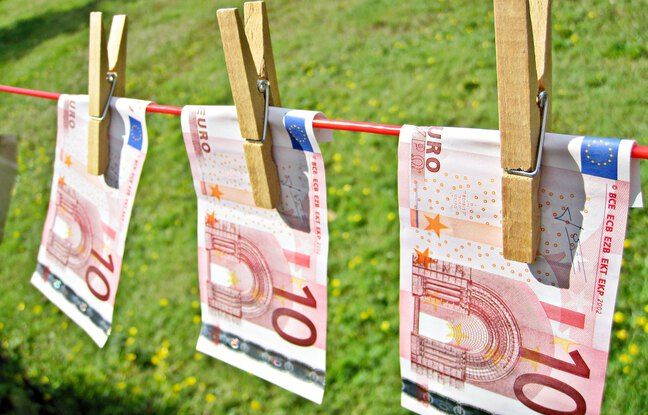 The French having saved all year round, the government found itself very helpless when the moment for revival came. May La Fontaine forgive us for this pastiche, it describes a reality: with the coronavirus, households that could have put money aside. Lots of money even. According to the Banque de France, “household financial savings surplus” linked to confinements and various health constraints “would be between 100 and 120 billion euros” for the year 2020. And it could even reach 200 billion euros. ‘euros by the end of 2021.

This surplus of money, piled up in current accounts, regulated passbooks (such as Livret A) and life insurance, represents a nest egg that the government would like to see spent. An increase in consumption and investment in businesses (for example in the form of stocks) would stimulate the economy and bring back long-awaited growth. But to start this virtuous circle, the executive refuses – for the moment – to resort to a taxation of savings. True to his promise not to increase taxation, the Minister of the Economy, Bruno Le Maire, explained on Monday that he was working on “incentives” to encourage households to reduce their bank accounts.

As in 2018 when the ISF was abolished, the government therefore relies on the goodwill of those who have accumulated savings. Is it sufficient ? “I believe in incentives,” replies Christian de Boissieu, vice-president of the Circle of economists. We must ensure that savings, which are mainly short-term, go to businesses, which have long-term needs. This supposes having attractive financial products ”. The government has also widened this path by launching last year “Bpi France Entreprises 1”, which allows individuals to invest their savings in French companies. Entrance ticket price: 5,000 euros, blocked for six years. In mid-February, the fund had collected 20 million euros in savings. A modest balance sheet, which represents only 0.002% of the surplus accumulated by the French in 2020.

Another track followed by the executive, according to The echoes : a possible easing of conditions for parents who wish to make donations to their children. Last year, the government already adjusted the rules. Thus, until June 30, 2021, it is possible for a parent or grandparent to give up to 100,000 euros to their children or grandchildren without paying taxes, subject to a well-defined project: construction of a house, renovation work, business creation. The executive could go further and remove these conditions, for example, in order to encourage money transfers to younger generations, who are more likely to consume.

Savings concentrated among the wealthiest

For Anne-Laure Delatte, economist and teacher at Paris-Dauphine, the approach is not fundamentally bad. The concern, she said, “is that not everyone can donate.” These transfers of money between generations often depend on the level of wealth. According to a 2015 survey conducted by INSEE, 50% of donations were made by the 25% of French people with the best wealth *.

In other words, donations, and particularly those with large amounts, primarily concern the wealthiest and their families. “It’s a real social choice,” stresses Anne-Laure Delatte. I prefer that this savings be distributed to populations who have not accumulated money and who even got into debt in 2020 ”. A redistribution that would go through state intervention. And so, we come back to it, through taxation.

A well-established tendency to save

According to the teacher at Paris-Dauphine, taxation would be justified all the more since the savings surplus accumulated in 2020 “does not correspond to precautionary savings [crainte de l’avenir, peur de perdre son emploi…], but rather to an inability to consume ”. Indeed, according to a note from the Economic Analysis Council (CAE) published in October, “the accumulation of savings during the recent period has been very uneven (…), nearly 70% of the excess savings have been made by 20% of households [les plus aisés] ».

An analysis corroborated by Jean-Luc Tavernier, the director general of INSEE, during a hearing in the Senate last October: “The highest deciles [les plus aisés] saved more because they could no longer spend money on leisure, culture or travel activities which were all suspended during the lockdown ”.

In addition, “outside a period of crisis, the richest are already those who save the most in proportion to their income, adds Anne-Laure Delatte. Sticking to incentives for them to spend their savings seems pretty weak to me. To put it another way, they already have everything they need, and they won’t necessarily consume more by the time of the resumption: you don’t go to a restaurant twice in one evening, or go to two plays in same time “.

For Mathieu Plane, economist at OFCE, “if we want savings to flow, it is above all necessary for the health situation to improve and for a certain number of sectors to reopen, so that people can consume. This depends on the success of the vaccination campaign. Without this, any incentives will have little effect ”. Savings therefore seem doomed, for a few months at least, to stay warm.

* These are donors whose net wealth (real estate, finance, etc., after deduction of loans) is greater than 275,000 euros.