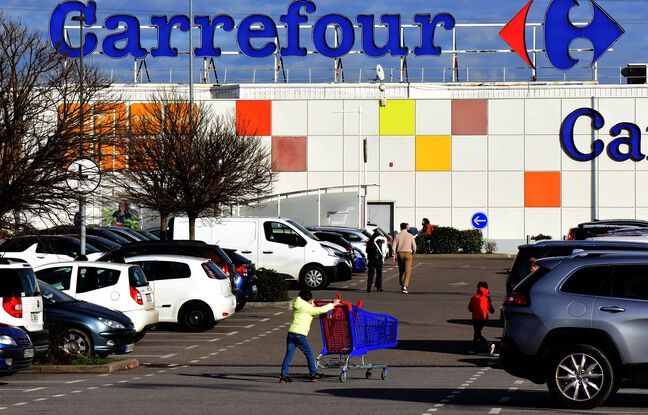 During 2016, Carrefour made a price reduction a “prerequisite for the opening of negotiations” with its suppliers. On February 22, the Paris Commercial Court condemned him for “practices restricting competition”, following an investigation by the Directorate General for Competition, Consumer Affairs and Fraud Control (DGCCRF) .

The supermarket chain must pay a fine of 1.75 million euros, including in case of appeal, announced the Ministry of the Economy on Friday in a press release.

The hand of forced suppliers

The DGCCRF criticized Carrefour for having “demanded from its suppliers an additional distribution discount” as “prior to the opening of trade negotiations”. This, while “commercial negotiations can only be initiated on the sole basis of the supplier’s general conditions of sale,” Bercy recalls.

Carrefour had also forced the hand of its suppliers “by means of retaliatory measures comprising a graduated scale of sanctions […] that the sign had widely implemented, ”according to the same press release.

Facts committed before the Sapin 2 law

The Commercial Court “took into account the fact that the intervention of the DGCCRF, in particular because of a search of the premises of the sign, had in fact prevented the latter from recovering the entire amount hoped for by this discount. “. He also noted that the acts were committed before the entry into force of the Sapin 2 law, “which increased the ceiling of fines incurred”.

Carrefour is not the first distributor pinned by the DGCCRF this year. Intermarché was assigned in mid-February for “abusive commercial practices” of its international purchasing centers, and the Ministry of the Economy had requested a sanction of 150.75 million euros.

Carrefour, Système U and Intermarché sanctioned in 2020

In February 2020, Carrefour, Système U and Intermarché had also been sanctioned, to the tune of more than 4 million euros in total, for “non-compliance with the rules” during the 2019 trade negotiations. The trade negotiations, which establish each Yearly, the prices of products sold in supermarkets are the scene of recurring tensions between farmers, food manufacturers and supermarkets.

Serge Papin, former leader of Système U who became a “mediator” on this subject, recommends “the exit from the system of annual negotiations, in favor of multi-year contracts” which would stipulate the price of agricultural raw materials, taking production costs into account.