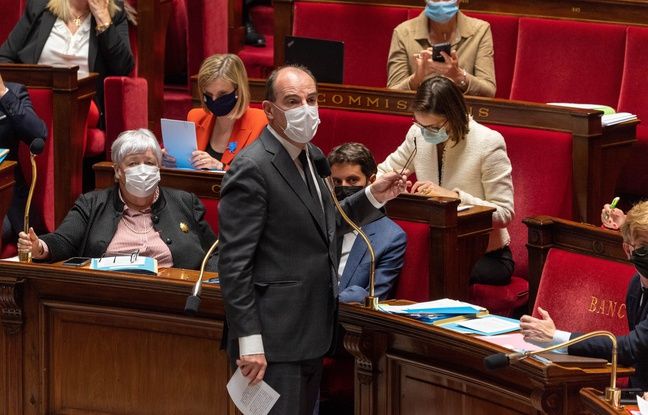 Jean Castex on Tuesday called on Israel to “guarantee rapid and unhindered access of aid to Gaza” through the crucial Kerem Shalom crossing point. After further Israeli bombardments and bursts of rockets from Palestinian Hamas, the situation grew tense around the crossing, opened for a few hours and then closed again by Israel after Palestinian shellfire. “A humanitarian convoy was authorized today and this movement must continue,” insisted the Prime Minister before the National Assembly.

“France has called and calls extremely firmly on all actors to put an immediate end to all violence, all provocations, and all incitement to hatred to allow a return to calm”, added Jean Castex , as the international community works to stem the deadly escalation between Israel and groups in Gaza.

The head of European diplomacy Josep Borrell called on Tuesday for “an immediate end to all violence and the implementation of a ceasefire” between Israel and the Palestinians, after a meeting urgently from EU foreign ministers.

“The objective is to protect civilians and to allow access for humanitarian aid to Gaza,” he said, stressing that this declaration had the support of 26 of the 27 Member States of the Union. European Union, but not that of Hungary.

Questioned by the president of the communist group André Chassaigne during the questioning session to the government, Jean Castex also asked for the protection of “humanitarian and medical personnel” and to ensure “the safety of journalists”.

On Saturday, an Israeli strike pulverized a 13-story building that housed teams from the Qatari news channel Al-Jazeera and the American news agency Associated Press (AP).

Not “a word about Israeli civilians”

The prime minister’s response sparked the ire of MP Meyer Habib (UDI), who identifies himself as close to Israeli Prime Minister Benjamin Netanyahu. Leaving the chamber furious before the end of Jean Castex’s speech, he reproached him for not saying “a word about Israeli civilians”, crying out “scandal”.