Chadian Moussa Faki reappointed as head of the organization’s committee 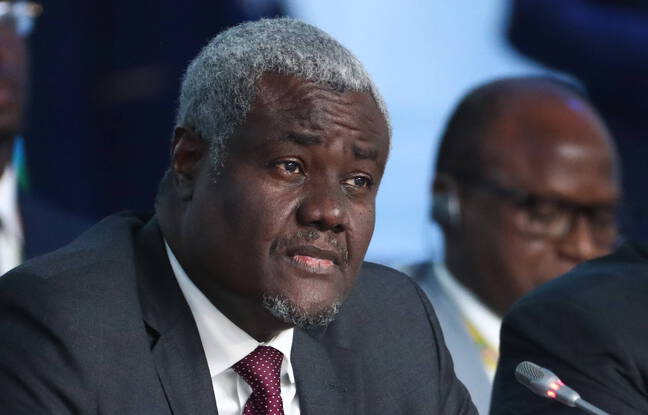 The African Union (AU) keeps its head. On the first day of its videoconference summit, the intergovernmental organization returned on Saturday its executive president, the Chadian Moussa Faki Mahamat, in the midst of a debate on the fight against Covid-19 and the vaccine supply of the continent.

“Deeply honored by this historic and overwhelming vote of confidence,” commented on twitter Moussa Faki, re-elected by 51 member states out of 55. He is being reappointed for a four-year term at the head of the AU Commission, an organ executive and key institution of the Pan-African organization. In passing, he congratulated Monique Nsanzabaganwa, vice-governor of the National Bank of Rwanda, elected his deputy head of the Commission.

Deeply humbled by the overwhelming and historic vote of confidence by AU Member States by voting 51 out 55 to extend my mandate at the helm of the AUC Commission for another 4 years. My congratulations to @mnsanzabaganwa who was elected as deputy Chairperson. Together we WILL. pic.twitter.com/vyf2tCbwSW

Former Prime Minister of Chad, Moussa Faki was the only candidate for his succession. He nevertheless faced accusations, which he rejects, of “a culture of sexual harassment, corruption and intimidation within the commission,” according to a recent note from the International Crisis Group. Certain States were also concerned about the respect of the secrecy of this vote organized remotely and by Internet.

Organized exceptionally online, this summit takes place exactly one year after the detection of a first case of Covid-19 in Egypt. At the time, the arrival of the epidemic on the continent raised fears of an explosion of fragile African health systems, an apocalyptic scenario that did not materialize. Africa remains relatively spared for the moment, with 3.5% of cases and 4% of deaths officially recorded in the world, according to the Center for Disease Control and Prevention of the AU.

But many countries are currently facing a second wave and are struggling to access vaccines, as at two doses per person, Africa will need 1.5 billion doses to immunize 60% of its population. around 1.3 billion inhabitants. “This disease has caused a lot of suffering and hardship on our continent,” said South African Head of State Cyril Ramaphosa, outgoing AU President, in his opening speech.

Get the AU out of “meeting rooms”

In his speech, Cyril Ramaphosa also called on the International Monetary Fund to release new resources “to correct the flagrant inequality of fiscal stimulus measures between advanced economies and the rest of the world”. His successor to the organization’s annual rotating presidency, his counterpart from the Democratic Republic of Congo Félix Tshisekedi, pledged to make the AU more relevant by “taking it out of the meeting rooms”.

Félix Tshisekedi presented an ambitious program covering both the fight against climate change, sexual violence, the promotion of the African continental free trade area (Zlecaf), or the mega project of hydroelectric dam Inga in his country.