China prepares to vaccinate children as young as 3 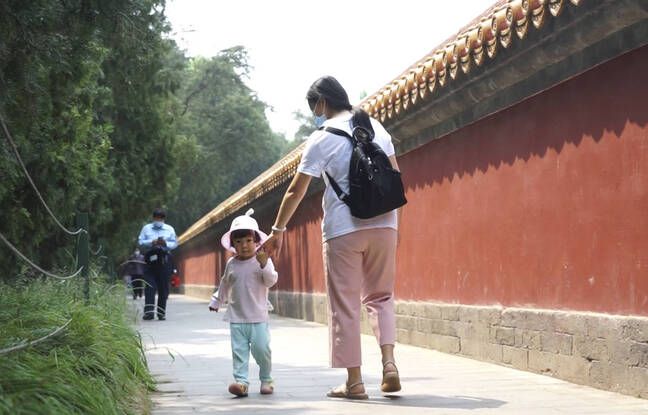 China will become the first country in the world to distribute coronavirus vaccines to young children. She is preparing to vaccinate those at least three years old, a pharmaceutical company said on Tuesday. The Asian giant, where Covid-19 first appeared at the end of 2019, has already administered nearly 800 million doses, so far only to adults aged 18 or over.

Beijing, which has virtually eradicated the epidemic on its soil since May 2020, hopes to vaccinate at least 70% of its population by the end of the year, or around one billion inhabitants. In this context, a spokesperson for the Sinovac laboratory, which produces one of the three vaccines authorized for the time being in China, told AFP that its Coronavac serum, which requires two doses, could be distributed to minors. . “Sinovac’s vaccine has been approved in recent days for children aged three to 17,” he told AFP.

A calendar not yet known

The spokesperson did not specify when the first doses could be administered to the children, according to him the schedule being in the hands of the Ministry of Health. The laboratory has completed its clinical trials with children and adolescents, the results of which are to be published in the British journal The Lancet, he added. In addition to Sinovac, China has so far approved the administration in adults of vaccines produced by its laboratories Sinopharm (two doses) and Cansino Biologics (one dose).

These laboratories have also initiated clinical trials in minors. In total, around 20 Chinese vaccine candidates are in the clinical trial phase, Health Ministry official Zheng Zhongwei said on Sunday. Sinovac and Sinopharm’s products have been approved for use in adults by the World Health Organization (WHO). They are both used in several countries around the world. Elsewhere in the world, the European Union, the United States and the United Kingdom have approved the use of the Pfizer / BioNTech vaccine in children from 12 years of age.