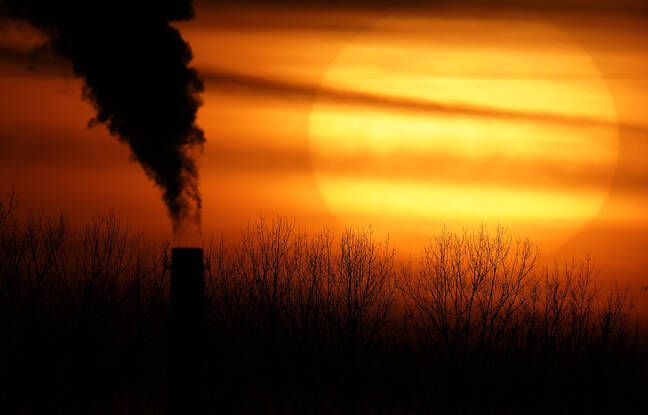 UN Security Council leaders met on Tuesday to discuss the implications of climate change for international peace, with a majority of countries agreeing to say they want to treat the two topics as intimately linked, but meeting the frontal opposition from Russia.

“Climate change is a threat to our collective security,” insisted British Prime Minister Boris Johnson, at the origin of this meeting, his country chairing the Security Council in February.

No “green fads of a few tofu eaters”, says Johnson

“I know some people think these are just green fads of a few tofu eaters who like to hug trees,” he said provocatively, pointing to the divergent approaches to the 15-member issue. this instance. “I couldn’t disagree more deeply. “

“When are we going to do something if we don’t act now?” (…) When masses of people fleeing drought, fires or conflicts to access resources, arrive at our borders? He asked. Shortly after his speech, he had to leave the meeting, which was attended by leaders from India and Mexico, who entered the Security Council in January and progressive on the subject, from Kenya and Niger, on the front lines, but also from Tunisia, Norway and even Ireland.

“A diversion” according to Russia

The UN chief Antonio Guterres strove, in his speech, to make the problems raised tangible: “In Afghanistan, for example, where 40% of workers are linked to agriculture, reduced harvests precipitate people in poverty and food insecurity, making them susceptible to being recruited by armed groups, ”he explained.

But Russia has, on the contrary, questioned the idea that environmental issues are at the “root” of conflicts. Supporting this is “a diversion” away from “real causes”, said Vassily Nebenzia, Russian ambassador to the UN. “To impose such a connection systematically would even be dangerous,” he said.

Russia “shares the idea that we must produce a rapid response to climate change, but this must be done within the framework of mechanisms where it is dealt with by professionals”, he added, defending a differentiated approach by regions, rather than “global”.

China, more nuanced, said through the voice of Xie Zhenhua, its special envoy for the climate, that “sustainable development was the key to solve all problems and eliminate the cause of conflicts”. But “international cooperation on the climate must be dealt with within the framework of the UN’s international climate convention, as the main route”, he added.

France was directly represented by Emmanuel Macron: “The link between climate and security, if it is complex, is undeniable,” he said. “Of the twenty countries most affected by conflicts in the world, twelve are also among the countries most vulnerable to the impacts of climate change”, he noted.

He called for the appointment of “a special envoy for climate security”, just like Germany. Last year, Berlin had drawn up a draft resolution providing for the creation of a UN envoy post, but under the threat of a veto from the United States, Russia and even China, this text no had not been put to a vote. “It is time to put a strong text back on the table and adopt it,” German foreign minister Heiko Maas said on Tuesday.

The assumption of office of the American administration of Joe Biden, with views radically opposed to those defended by Donald Trump, should indeed change the dynamic, according to diplomats.

This session is being held a few days after the formal return of the United States, under the leadership of the Democrat, in the 2015 Paris agreement aimed at limiting global warming. “The climate crisis is indisputably a subject for the Security Council,” said John Kerry, US envoy for climate change. “No country can solve this crisis alone, it is exactly for this kind of problem that the United Nations was created”, he argued.