Clinic excluded from vaccination program after advising against Chinese vaccine 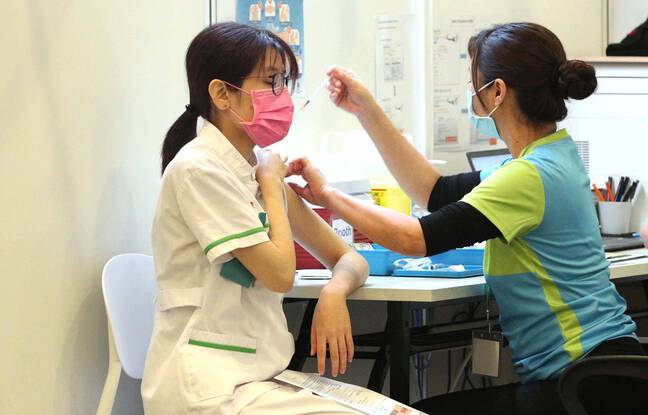 Vaccination, a political tool? A Hong Kong clinic was excluded from the territory’s vaccination program for having likely recommended that patients opt for the Pfizer / BioNTech vaccine made in Germany rather than that of Chinese Sinovac.

The Ministry of Health of the semi-autonomous territory announced that the clinic in question would no longer be authorized to administer vaccines against the coronavirus, and this because one of its doctors violated an agreement with the inoculation program.

The announcement came on Tuesday after a photo of the clinic comparing the two vaccines licensed in Hong Kong was released and went viral over the weekend on social media. “Advice: do not choose Sinovac, choose BioNTech”, one could read on a posted sheet, which specified that one of the doctors of the clinic had opted for the second vaccine.

This sanction illustrates how sensitive the issue of the Chinese vaccine is for the Hong Kong authorities. 403,000 people, or 5% of the territory’s population, have already received their first dose. More than 250,000 people have opted for the Sinovac vaccine, the rest receiving that from Pfizer-BioNTech.

At the same time on Wednesday, authorities suspended administration of the Pfizer vaccine due to a packaging problem, while ensuring that there was no risk associated with the product itself.

Data not yet published

One of the criticisms of CoronaVac, Sinovac’s vaccine, is that the data on which its test results are based has not been released, even though Beijing is providing it worldwide as an alternative to Western vaccines.

In Hong Kong, the CoronaVac, based on an inactivated virus, was approved after its designers submitted their data to the regulator, without it being published. According to the Sinovac laboratory, large-scale tests in Brazil have shown an overall effectiveness rate of around 50% (and 80% against more severe forms).

Sold under the trade name of Comirnaty, the Pfizer / BioNTech vaccine is authorized in a number of countries, notably in the European Union, the United States, Canada and the United Kingdom. It is based on messenger RNA technology and its clinical trials have shown a very high efficiency rate (95%).

Hong Kong launched its vaccination campaign last month and currently, those over 30 can get vaccinated. But the public’s response has been mixed, partly because of the lingering mistrust of China.