Close to zero cases, Iceland is back to almost normal life 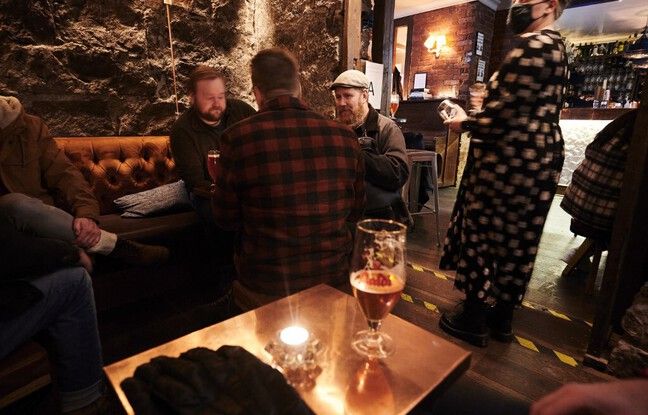 Return to normal life. With the lowest incidence rate of the coronavirus in Europe, Iceland this week lifted a new set of restrictions, now focusing efforts on border controls.

Iceland has been the only country ranked “green” on the European Center for Disease Prevention and Control (ECDC) map for three weeks, meaning that EU countries are in theory called upon not to require testing or quarantine of travelers from the country

Since mid-November, on the strength of good results, the large island in the North Atlantic has gradually relaxed its restrictions, in four waves, in a strategy of “cautious relief”. Lifting cast iron or running on a mat in a gym, swimming breaststroke or splashing around in the pool are all activities now possible, unlike many countries in Europe. “I think we stayed for five hours the first day after the reopening,” confesses Anna Mjöll Gudmundsdóttir, a 45-year-old academic who comes to bask in one of the hot baths at the swimming pool in Seltjarnarnes, a peninsula to the west. from Reykjavík.

“We are very lucky in Iceland,” said Jón Gardar Gudmundsson, a 52-year-old financial advisor who was still breathless after a long training session in a gym in the capital. With only five new infections (apart from around twenty cases stopped at the borders) in the last 14 days, the epidemic is at its lowest for more than five months and its incidence rate is the lowest in Europe outside France. small Vatican City (0), according to official data compiled by AFP. Although the trend is downward in the majority of European countries, none can boast of such a good situation.

Sequencing of all cases

The recipe for Icelandic success? “The nation’s willingness to comply with any restrictions put in place, the strength of our medical community to deal with it and then, of course, the combination of contact tracing, testing and sequencing of all cases. positive, ”explains Vídir Reynisson, a senior police official who has become a figure in the authorities’ information points. Being a vast island of only 365,000 inhabitants on the edge of the Arctic Circle, with the lowest density of the continent also seems an undeniable favorable factor. If life has resumed an almost normal course and the country is among the fastest to vaccinate in Europe, caution remains in order. Thus, Iceland has reinforced its already strict measures at its borders: since January 15, travelers must undergo a double PCR test interspersed with five days of quarantine, in particular when arriving at Keflavík international airport, where concentrate more than 98% of the flows.

Thanks to the systematic sequencing of each positive case, around sixty cases of the British variant were thus detected as soon as they arrived or very quickly, preventing an uncontrolled spread. Currently, only around 200 to 300 people arrive in Iceland each day, up from around sixty times more before the epidemic. “Mathematically, it is highly unlikely that positive cases can slip through the cracks,” said Thor Aspelund, professor at the Center for Public Health Sciences at the University of Iceland. “But we must always remain vigilant,” he adds.