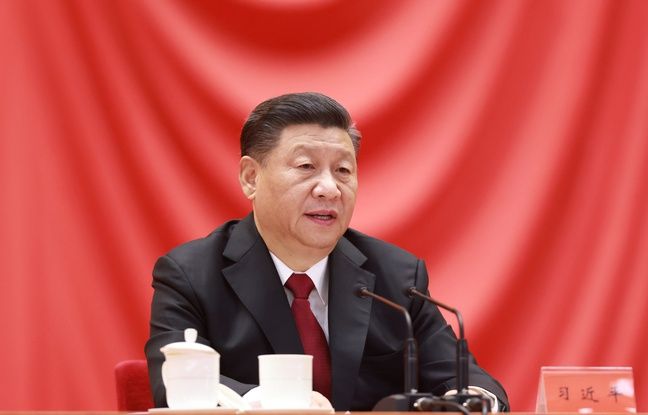 In China, the party will have lasted about a week on Clubhouse, an American social network that allows users, by invitation only, to listen and participate in live voice conversations in virtual “rooms”. Launched in May 2020, Clubhouse had for a brief moment bypassed censors and attracted crowds of Chinese internet users, especially after billionaire Elon Musk took part in a conversation earlier in the month.

In recent days, Chinese Internet users had filled these “rooms” to discuss subjects usually censored. But Monday night in China, the app posted an error message for users who didn’t have a VPN to establish a secure connection, a sure sign of a backlash from the government.

A young woman from mainland China just said on clubhouse: this is my first time getting on the real internet.

The imprisonment of Uighurs debated

Last Saturday, on the Clubhouse application, more than 1,000 users came to join a debate on the massive incarceration of the Uighurs in Xinjang. During the discussions, at least three of them had recounted their personal experiences as well as several people of the Han (ethnic Chinese) ethnic group claiming to live in this region.

“I lived in a big lie,” said a woman who changed her mind after a stay abroad which allowed her to learn more about Xinjiang. Others have come to Beijing’s defense, one man saying, for example, that “re-education camps” were necessary. The moderators let people speak Chinese without interruption, during a conversation that ended the following afternoon.

On Monday, more than 2,000 netizens gathered to discuss the bloody crackdown on Tiananmen in 1989, such a completely taboo subject in China. Internet users from Hong Kong and Taiwan also took part in the debates. But the conversations were not limited to sensitive political topics: the application was also an opportunity for homosexuals to be able to discuss their experiences and setbacks.

“In the era (of President) Xi, the ban is only a matter of time,” said Lokman Tsui, professor of communication at the Chinese University of Hong Kong. Clubhouse users have thus benefited from a rare window of freedom of expression in a country where international social networks like Twitter and Facebook have no right of the city.

Spaces for free expression online have been “drastically reduced” since 2013, the year in which Xi Jinping became president, also judges Emilie Frenkiel, associate professor at the University of Paris Est Créteil. But, according to her, the opportunities to speak freely about sensitive subjects with other Chinese speaking interlocutors, like the Taiwanese, is “so rare that even if it is risky, many still want to take advantage of it.”

And this is what all Internet users regretted the most after the ban: the too early disappearance of a precious space for unlimited debate. “If I came here,” emphasizes one of them, “it is because speech was not censored”.

“Tax the rich”, the tone is set for Joe Biden’s tax reform