Cold snap and blackouts have left at least 20 dead 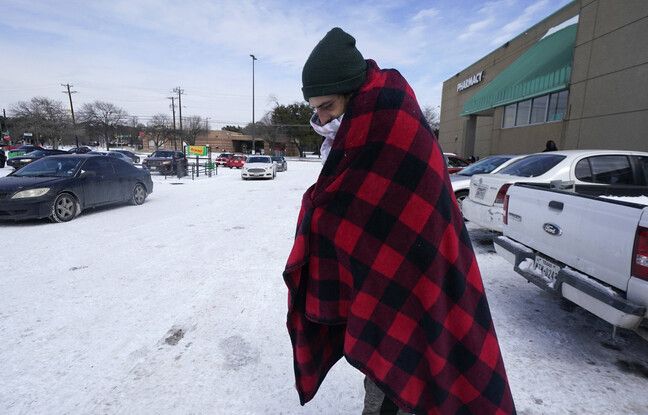 Texas, New York and Chicago under snow, polar temperatures and millions of Americans without electricity: the cold snap which has already killed at least 20 people according to American media, continued on Tuesday in the United States, where three people also died in a tornado. The cold snap has also killed at least six people in northern Mexico, including three from hypothermia and one from poisoning due to faulty heating, according to local authorities.

Used to the mild temperatures, the Texans remained under the influence of an icy thermometer on Tuesday, which fell to -12 degrees Celsius in their capital, Austin, in the morning.

That is a dip from the low average for February in this city (7.2 degrees) and even compared to the temperature recorded at the same time in Anchorage, Alaska (-7 degrees).

To prevent overheating of the whole system because of a peak in demand, the electricity companies have been making partial cuts since this weekend in this large state in the South of the United States. More than 3.5 million homes and businesses were without power Tuesday night, according to the Poweroutage.us site.

President Joe Biden on Sunday signed a declaration of emergency for Texas, providing federal assistance to complement local relief efforts. Many conservative voices have blamed frozen wind turbines. But according to a source from Texas Tribune, there is a shortage of 14 gigawatts in renewable energies against 30 gigawatts for fossil and nuclear sources.

In Mississippi, the inhabitants awoke to discover the landscapes of this other southern state covered in snow and ice. The authorities were slow to clear the roads in the south where snowplows are not common, and usually little used. More than 20 deaths have been linked to bad winter weather according to US media, and authorities have urged Americans to be careful.

“Frigid air and dangerously cold winds will persist in the Great Plains” in the heart of the United States “and the Mississippi Valley until the middle of the week,” the National Weather Service (NWS) warned Tuesday. “A new winter storm will appear on Tuesday in the southern plains,” he continues in a bulletin. Further north, Chicago was under a thick blanket of snow, residents trying to free their cars.

The “spectacular cold snap that hit the continental United States is linked to the combination of an arctic high carrying freezing temperatures and a very active low with waves of precipitation,” the NWS explained on Monday.

Tornadoes in Oregon and North Carolina

Besides Texas, nearly 600,000 people are without power across Oregon (northwest), Louisiana (south), Kentucky (central-east) and West Virginia (east), according to Poweroutage.us.

These extreme conditions caused the formation of at least four tornadoes, according to the specialized website weather.com, one of which fell in the middle of the night in the southeastern United States, in North Carolina, killing three people and causing ten injured.

Trees uprooted, vehicles and houses destroyed … In all, about fifty homes were damaged and electric cables cut, according to the emergency services of the County of Brunswick.