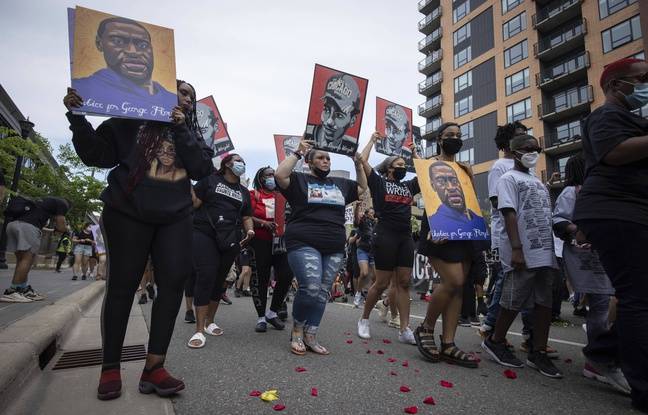 As the first anniversary of George Floyd’s death on May 25, 2020 under the knee of police officer Derek Chauvin approaches, his supporters and relatives marched in Minneapolis on Sunday. About 1,500 people marched through the northern metropolis of the United States and joined members of the Floyd family and relatives of other blacks who have died in clashes with police.

The rally began with speeches outside the building where Derek Chauvin was convicted of murder on April 20. The former police officer, now incarcerated, will be fixed on his sentence on June 25.

“It has been a long year. It has been a painful year. It has been very frustrating for me and my family, ”said Bridgett Floyd, Floyd’s sister. Her life, she says, changed “in the blink of an eye” when her brother died. “I will stand up and be the change for him,” she added. “What happened to George Floyd, and so many others, is causing change not only across America but also around the world,” for his part, told the crowd. Reverend Al Sharpton, a seasoned activist, calling the murder “one of the greatest disgrace in American history”.

A year after the death of George Floyd, Minneapolis is still marred by violence and in the face of a spike in homicides and armed assaults – three children were recently injured by stray bullets, residents of the city organized in citizen patrols . Mayor Jacob Frey, who plans to create 200 additional police posts, said he supported the initiatives of the population, including citizen patrols. “Our greatest strength is when we all work together to keep our city safe,” local police chief Medaria Arradondo said on Saturday after another shooting killed two people.