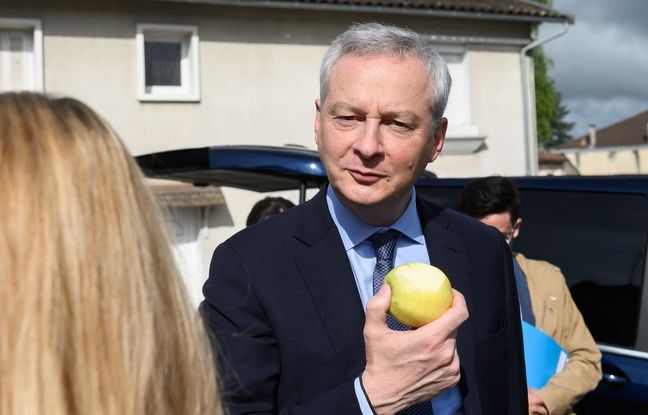 Good news for businesses. Bruno Le Maire affirmed that those who find themselves “the most in difficulty” will be able to spread the repayment of their social debt up to 36 months. “You have a lot of freelancers, very small companies who have accumulated a social debt, because they paid in 2020 on what they had earned in 2019”, explained the Minister of the Economy on Cnews.

“In 2020 they couldn’t afford to pay so they postponed. This social debt represents 12 billion euros. We will plan for a staggering that could range from 24 to 36 months, ”he added, saying he wanted to prevent these companies from being confronted with a wall of debt.

Bruno Le Maire also indicated that the aid planned from June to deal with the health crisis represents “an amount over three months of 7 billion euros for the state budget”.

The Ministry of the Economy specified that the estimated cost for the period from June to August was 3.3 billion euros for the solidarity fund, 1.3 billion for exemptions from charges and 2.1 billion. for the partial activity, to which must be added small items including the assumption of fixed costs of companies for 300 million euros.

A crisis exit system for the most in difficulty

Finally, “for those who are the most in difficulty, who have a real debt problem, we are working on a way out of the crisis that I will present within a fortnight,” Bruno Le Maire said. It “will make it possible to identify the difficulties, to take charge of these debts, to spread them out, to find a way to settle these financial difficulties as best as possible, perhaps to support them with public means so that the greatest many companies can emerge in good health from this crisis, ”he added.

“We are gradually shifting from massive protection to support for exiting the crisis, with transitional arrangements over three months”, summed up the Minister. For the sectors most affected by the crisis (tourism, sport, culture, events), the solidarity fund will compensate 40% of the loss of turnover in June, 30% in July and 20% in August, within the limit a ceiling of 20% of the turnover achieved before the crisis.