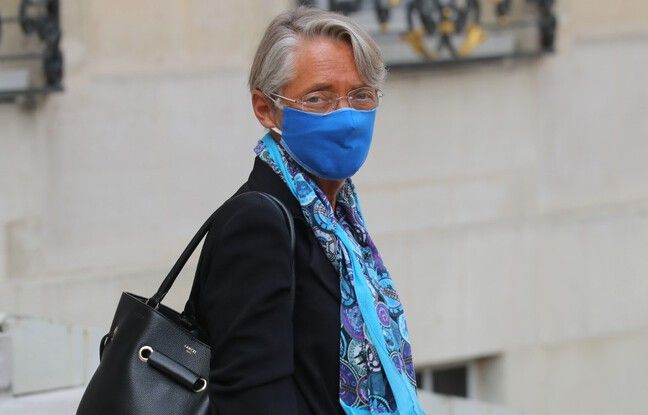 The current compensation conditions for short-time working will be maintained until the end of January, as well as the temporary elimination of waiting periods for patients with Covid-19 in the private sector, announced the Minister of Labor, Élisabeth Borne, on Wednesday on BFM Buisness.

The support for partial unemployment at 100% will be extended for the protected sectors, the most affected by the crisis, “until the end of January, I would like us to go until the end of February”, and “for the others. who are at 15% of the remainder of the charge, we will extend this rate during the month of January, ”she said.

“But then, we must move, except obviously upset in the health situation, to a burden for the company of 40%, which we had planned to do at least in November,” continued the minister. She invited companies in sectors less affected by the crisis which anticipate a more lasting decline in activity to enter into long-term partial activity agreements (APLD), a device which guarantees “support with an out-of-pocket charge. 15% over time, up to two years ”.

Widely used from the start of the first confinement in mid-March to “avoid layoffs”, the partial activity device (or partial unemployment) concerned nearly 9 million employees at the height of the crisis in the spring. In October, 1.6 million employees were still concerned, according to the Dares (statistics services of the Ministry of Labor). The level of support by the State and Unédic has evolved over time and depending on the sector.

The waiting days removed for patients from January

Currently, part-time workers receive 70% of their gross salary, or about 84% of their net salary. The allowance paid to the employer covers 60% of the gross remuneration of the employee within the limit of a remuneration of 4.5 SMIC (except for protected sectors such as hotels, restaurants or culture which do not have remainder dependent).

Regarding the days of waiting in the event of illness, Elisabeth Borne indicated that the three days in force in the private sector would be “deleted, as in the public service” for Covid patients, a provision which will be implemented “at the beginning of the year 2021 ”. She praised a measure of “common sense” and intended to “encourage isolation”, patients being “covered without a day of deprivation with daily allowances”.