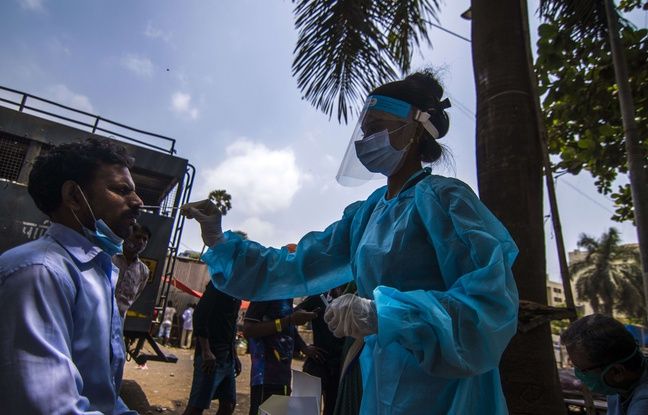 The Indian state of Maharashtra, where Bombay, the financial capital is located, will impose a weekend containment and a night curfew on its 110 million inhabitants to cope with an upsurge of the pandemic, announced on Sunday. authorities.

India recorded 93,249 new infections on Sunday, according to figures from the Ministry of Health, the largest increase since September, bringing the number of known cases to nearly 12.5 million. The state of Maharashtra has been the most affected in the country for several weeks.

From Monday evening until the end of April, a night curfew will be imposed, gatherings of more than 4 people prohibited and restaurants, cinemas, swimming pools, places of worship and public spaces such as beaches, closed. On weekends, only essential services will be allowed.

“In imposing these restrictions, we have taken care not to affect the state’s economic cycle (…) and the emphasis has been on closing crowded places,” the state government said in a statement. Sunday night. Industrial activity is not limited, just like filming in Bombay, the cradle of Bollywood.

Daily contaminations in this country of 1.3 billion inhabitants have been on the rise since early February. They had then fallen below the 9,000 mark, after reaching a peak of nearly 100,000 in September. Prior to Sunday, India had recorded more than 456,000 cases in the past seven days, an increase of 37% from the previous week, according to an AFP database.