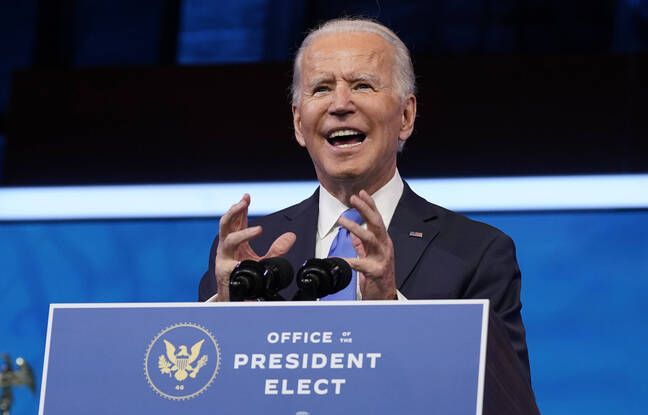 He is not yet the 46th President of the United States, but he is more than ever the “President-elect”. On Monday, the electoral college confirmed the victory of Joe Biden, who won 306 voters, against 232 for Donald Trump. Speaking in the evening, the Democrat called on America to “turn the page”, and denounced the “unprecedented attacks on democracy” of his future predecessor, who still refuses to recognize his defeat in the presidential election of the 3 November.

Donald Trump and his allies have suffered more than 50 failures in court to invalidate the results in certain states. “This is an extreme position that we have never seen before,” denounced Joe Biden in a stony voice, clearing his throat several times, during a speech from his stronghold of Wilmington (Delaware). “A position which refused to respect the will of the people, to respect the rule of law, and refused to honor our constitution,” said the Democrat. “Fortunately, a unanimous Supreme Court has rejected these appeals and sent a clear signal to President Trump: that it refuses to participate in an unprecedented assault on our democracy. “

Joe Biden had for the moment refrained from attacking Donald Trump so head-on on the subject. “The integrity of our elections has been preserved. Now it’s time to turn the page. To come together, ”invited the future president of the United States. “The flame of democracy was lit a long time ago in this country. And we now know that nothing – not even a pandemic or an abuse of power – can extinguish that flame. “

The results of the electoral college vote must now be validated by Congress on January 6. Allies of Donald Trump have promised to challenge them but their efforts are doomed to failure in the face of the majority of Democrats in the House. Joe Biden will be invested on January 20, and for the moment, Donald Trump has not indicated if he intends to participate.