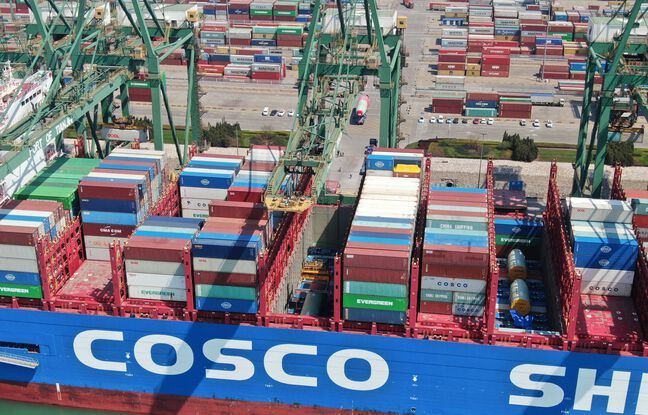 China reported on Wednesday two cold chain employees sick with Covid-19 in Tianjin (north), amid growing mistrust of imported frozen food, linked to several outbreaks of infection. The country has contained the epidemic since the spring, thanks to draconian measures (massive screening, confinement, quarantines on arrival on the territory, monitoring of movements) and the wearing of masks.

China is thus only registering a handful of new daily cases, most of them usually travelers coming from abroad. But extensive screening campaigns for imported food were organized recently after the discovery of traces of coronavirus on packaging. In the city of Wuhan (center), where the virus was first detected at the end of 2019, authorities said on Friday they had detected SARS-CoV-2 on frozen beef from Brazil.

No proof that you can be contaminated through food

Four other municipalities last week reported the presence of coronavirus in samples of frozen food from overseas – including Argentine pork and Indian fish. Chinese Customs said Friday it has so far tested more than 800,000 samples of imported frozen products and suspended shipments from 99 foreign suppliers. The suspicions date back to June, in the midst of infection in Beijing, when traces of the virus were detected on equipment used to process imported salmon.

The two employees of Tianjin, a large port metropolis located 100 km south-east of the capital, “had both previously been in contact with contaminated food from the cold chain,” authorities said. According to the World Health Organization (WHO), “there is currently no evidence that people can catch Covid-19 from food or food packaging.” Transmission of the disease through frozen food is “possible, but it has not been comprehensively studied, so we do not know the extent of this spread,” said Paul Tambyah, infectious disease expert at the National University of Singapore.