Contested in Alsace, Amazon will finally set up next to Metz 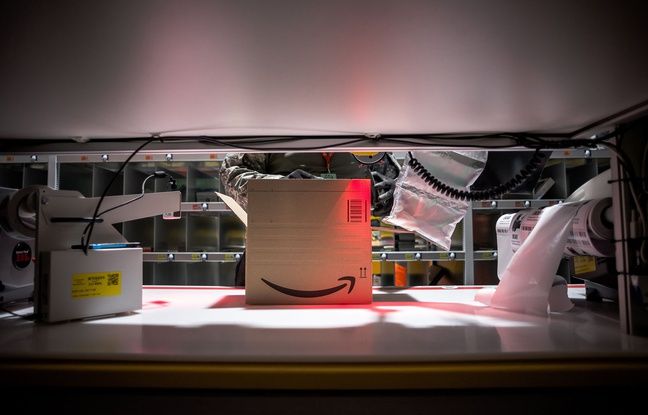 If it is not Alsace, it will already be Moselle. Long interested in the establishment of a large warehouse in Dambach-la-Ville, in the Bas-Rhin, Amazon will finally install it in the metropolis of Metz. The American giant announced Tuesday the launch of this “distribution center” and promised the creation of 1,000 permanent jobs within three years.

This large warehouse will be located on the former air base of the Frescaty plateau, located in the town of Augny, south of the Moselle capital. It represents an area “of 50,000 m2 on the ground, optimized on four levels”, according to a press release. Amazon, which anticipates “14,500 permanent employees in France” at the end of 2021, “has already started recruiting for this site, in particular for managerial and maintenance technician positions to be filled now”.

“The recruitment campaign which is opening marks the culmination of a project carried out hand in hand with local players for several years”, argued in the press release Ronan Bolé, director of Amazon Logistics in France.

Among the local elected officials cited in the Amazon press release, Cédric Gouth, vice-president of Metz Métropole and mayor of Woippy, where Amazon opened a delivery agency in 2019, explains that the favorable opinion of elected officials for this establishment “has The main objective is to prepare the job pool to seize this opportunity in terms of direct jobs and indirect jobs ”.

This site is Amazon’s eighth distribution center in France, after Saran near Orleans, Montélimar (Drôme), Sevrey near Chalon-sur-Saône, Lauwin-Planque near Lille, Boves near Amiens, Brétigny- sur-Orge (Essonne) and Senlis in the Oise.

About sixty people, from political parties and associations, as well as residents, demonstrated against this establishment in January 2020. In Dambach-la-Ville, in Alsace, this had led to the abandonment of the project. Last November, the director of Amazon France, Frédéric Duval, assured that his company had “no project today in Alsace”. Including in Ensisheim, in the Haut-Rhin, where demonstrations are still taking place for a 190,000 m² warehouse project.