Cool, zen and natural… A CBD drink infused in Brittany 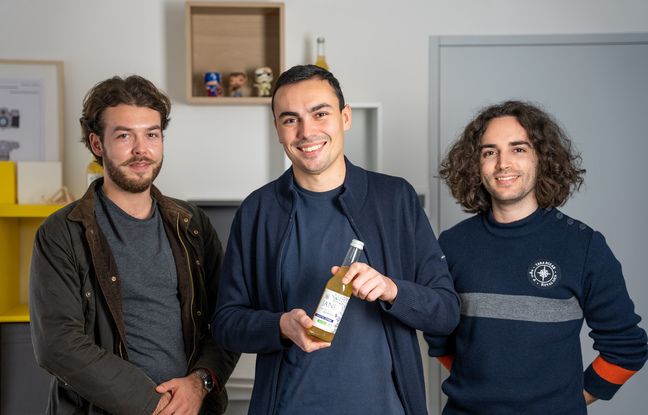 They hope to go quickly, so as not to be toasted by the competition. In Rennes, three childhood friends have just launched a crowdfunding campaign with the aim of bringing out a CBD drink. Cannabidiol is a molecule found in hemp. Unlike THC, it does not exhibit a narcotic effect. However, studies have proven its relaxing and anti-stress properties.

For a little less than two years, CBD-based products have been sweeping the French market. “It is a sector that is developing a lot because it has potential. But for the time being, it’s pretty poor on the drinks side, ”explains Alexis Karkour, one of the three friends behind this project. Their niche? To be the first organic CBD-based drink in France.

A tea infusion flavored with lemon and violet

To speed up the launch, the three young graduates in business and physiotherapy launched a call for crowdfunding on the Ulule platform. In a few days, more than half of the 5,000 euros necessary for the progress of this project called “Jane” has already been collected, giving hope for rapid commercialization, scheduled for the end of spring. To stand out from the few competitors already present in the sector, the three friends wish to offer a tea infusion flavored with lemon and violet. In Bordeaux, an entrepreneur launched a CBD-based wine on the same model.

If they do not have the right to promote a therapeutic interest, the project leaders promise “a gradual appeasement” and “a very pleasant temporary relaxation” thanks to their drink, which will be offered between 3.50 euros and 4 euros per bottle. “We’ve been following the CBD market for a while. Our forecasts let us think that we will be able to be profitable within a year “, explains Alexis Karkour, who hopes” to address everyone “with his organic drink.