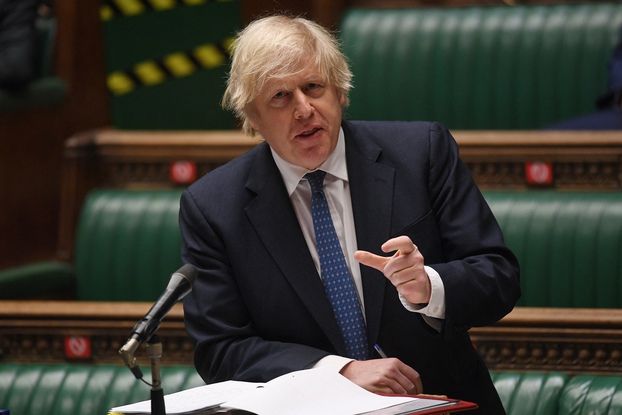 Northern Ireland passed the centenary on Monday in turmoil, between the coronavirus pandemic, tensions due to Brexit and the search for a new leader. Events to mark this anniversary have long been canceled due to the health crisis in the British province, hit in early April by the worst violence it has seen in several years.

After a meeting in London with his British counterpart Dominic Rabb within the framework of the G7, US Secretary of State Antony Blinken recalled President Joe Biden’s “unequivocal” support for the Good Friday peace agreement , which ended three decades of bloody conflict in 1998. “A historic achievement that we must protect”, underlined the chief of the American diplomacy.

“The United States remains a steadfast supporter of a secure and prosperous Northern Ireland, in which all communities have a say and can benefit from the gains of the hard-won peace,” said Antony Blinken. The British province is also in full political uncertainty, since the announcement on Wednesday of the resignation of Prime Minister Arlene Foster, victim of an internal rebellion within his political formation, the ultra-conservative unionist party DUP, fueled by resentment around the consequences of Brexit.

On Twitter, British Prime Minister Boris Johnson, whose broken promises arouse among Unionists, attached to maintaining under the British crown, a feeling of betrayal, hailed a “very important anniversary”, marking “the formation of the United Kingdom as we know it today ”.

Since the Republic of Ireland freed itself from British rule on May 3, 1921, the existence of Northern Ireland, created at the same time and attached to Great Britain, has been central to a sometimes bloody arm wrestling. Unionists defending membership in the United Kingdom, especially Protestants, and Republicans in favor of reunification with Ireland, largely Catholic, have been tearing themselves apart for decades over the status of the territory. Republicans, who do not recognize the British crown, do not celebrate the anniversary.

For Boris Johnson, this is a “moment of shared reflection”, also an opportunity to “celebrate Northern Ireland and build a better future for all its people”. SinnFein Republican Party leader Mary Lou McDonalds, pro-unification of Ireland, said the island’s past has been “defined by those who divide”. But “the future is for those of us who unite,” she tweeted.

If the 1998 peace agreement put an end to three bloody decades which left 3,500 dead, tensions have been exacerbated recently by the changes introduced by Brexit, giving rise in early April to a dozen evenings of riots, which have left 88 wounded in the ranks of the police. “The peace process is rightly credited to a generation of leaders who had a vision and the courage to put reconciliation before division,” wrote Queen Elizabeth II.

According to a poll published this weekend in the local press, 90% of unionists and loyalists fear that the prospect of the unification of Ireland will lead to a return of violence in Northern Ireland. The introduction of controls on goods from Great Britain, a solution intended to avoid the return of a physical border between the British province and the Republic of Ireland, a member of the European Union, has led to many upheavals . In fact, Northern Ireland remains in the European customs union and common market.