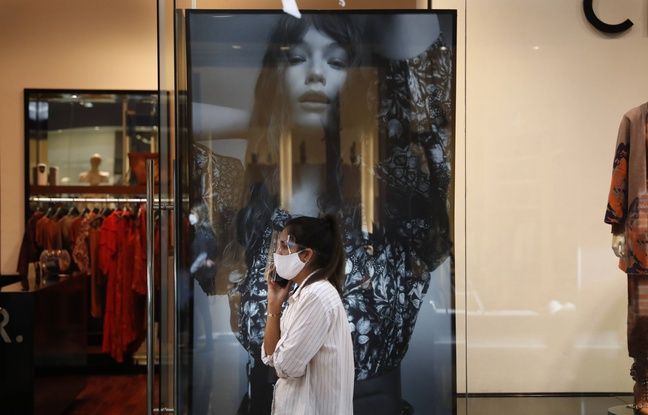 Believing that the “survival of thousands of stores and their jobs” is at stake, the main trade federations called on the government on Wednesday to “quickly set a timetable for the reopening” of shopping centers and department stores of more than 20,000 m2.

In a joint press release, the Alliance du Commerce, Procos, the Conseil du commerce de France, and the National Council of Shopping Centers (CNCC) want the government to “quickly indicate to businesses” a timetable for the reopening of all shops, for “Avoid further weakening traders of all sizes and prevent the risk of a domino effect, which is sure to [survenir] in all territories, in the event of the restructuring of store chains ”.

Shopping centers and non-food stores of more than 20,000m2 had to close as of January 31. At present, “after three months of closures in 2020 and a period of disappointing sales, businesses carry a large stock of goods which increases the financial difficulties of companies, both in terms of their cash flow and their margins” .

Faced with these growing difficulties, these professional federations also want to know “the terms of the economic aid that will be implemented”, after the announcement by the Minister of the Economy, Bruno Le Maire, that “the traders affected would all be, without exception, helped up to the consequences of this closure, ”they recall.

Because today, 25,000 department stores and shops in shopping centers have lowered the curtain and “many retail chains have between 30 and 75% of their stores currently closed in shopping centers”, which also puts “in danger the ‘all manufacturers and suppliers’ of the latter.

As a result, underline the employers’ organizations of traders, “several thousand employees find themselves without activities and without visibility for their jobs”. “The survival of thousands of stores and their jobs inevitably depends on their rapid reopening,” they conclude.