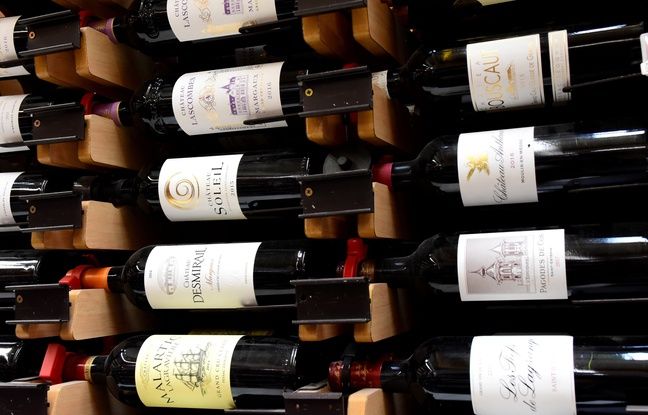 With the closure of cafes, clubs, restaurants and hotels around the world during lockdowns, exports of spirits declined sharply (-19.4% in value).

Sales of French wines abroad for their part fell by 11.3% worldwide and 18% in the United States, mainly due to the punitive tax of 25% applied in October 2019 by Washington on bottles of still wines of less than 14 degrees, in response to a transatlantic aviation trade dispute between Boeing and Airbus, said the FEVS, calling 2020 the year “beyond” the “difficult”.

“It is certainly in the United States that the situation remains the most worrying and therefore the most urgent. The sanctions that our sector has suffered for 16 months, further aggravated on January 12 (by a new round of taxes extending to spirits and still wines in bulk), jeopardize the presence of French wines on the world’s largest market. such as the sustainability of our exporting companies and, beyond that, of the 500,000 players in the wine sector ”, declared Cesar Biron, president of the Federation of wine and spirits exporters.

The FEVS believes that the resolution of the transatlantic conflict must come “first” “from the European level”. “It is urgent that the President of the European Commission, Ursula Von der Leyen, settle this matter directly and without delay with President Joe Biden”, urged César Biron. “However, the urgent settlement of this transatlantic conflict does not exempt the French state from its responsibilities: we will be received on February 15 by Prime Minister Jean Castex”, he said, hoping for “strong decisions in favor of of exporters ”on this occasion.

In value, exports of wines and spirits fell last year overall to 12 billion euros, falling to their 2016 level. Nevertheless, the sector retains its second place in French trade surpluses, behind aeronautics.