Coronavirus in Spain. Faced with the behavior of French tourists who came to party, anger roars 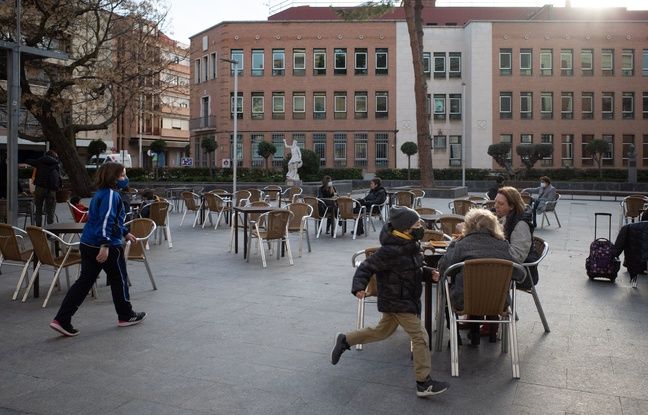 While travel restrictions are still in force in Spain, the images showing alcoholic tourists in the country’s bars are causing heated debate among our neighbors. From political figures to internet users on social networks, the subject generates incomprehension but also anger, report our colleagues from France Blue.

“You can explain to me why we are not allowed to go and greet our grandparents, but that the French come to us like bears? “, Indignant the Basque chef Karlos Arguiñano on Antena 3. This video quickly went viral on social networks in Spain, proof that the subject occupies a central place in the debates.

I share a video of Arguiñano that I think reflects what many of us feel. The worst, that it is not a joke of yours. pic.twitter.com/pJ1Eq3yumy

French and German tourists are the most targeted by these criticisms. “Nobody can understand that a Spaniard cannot go to see his grandfather in Santander, while a German from Düsseldorf can go to Mallorca. It does not make sense to ask us to make efforts and at the same time to transform the country into a bistro of Europe! », Lamented Íñigo Errejón, opposition deputy from the Madrid region.

If what is valid for the Spanish is not valid for the tourists, we are not a country, we are a vacation resort. pic.twitter.com/cvQAQYb0a8

On social networks, many Spanish citizens joke about the tourists who come to enjoy the bars rather than the museums. If some handle humor, others are however more virulent.

So much so that the French Embassy in Spain wanted to react. “No need for alcohol or a red carpet. Like all Europeans, the French “hordes” will always love Madrid and Spain. From the Embassy, ​​we will continue to work with the Spanish government and all the autonomous communities to fight against the pandemic ”. Finally, the European Commission has also asked for more “coherence” from the Spanish government on this subject.