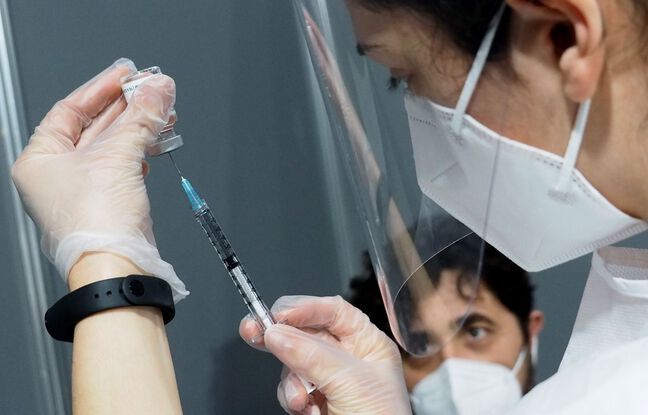 After an initial postponement linked to doubts about the effectiveness against the local variant of AstraZeneca’s vaccines, purchased in the first place by the government, the vaccination campaign against Covid-19 in South Africa began on Wednesday.

The first dose of the batch of 80,000 vaccines from the American laboratory Johnson & Johnson was administered in front of the cameras to a maternity nurse at Khayelitsha hospital, an important township in Cape Town.

President Cyril Ramaphosa was vaccinated there in the wake. “It is an important day for our country,” he said, assuring that the vaccination program will run “smoothly”. Delivered discreetly late in the evening at Johannesburg airport, the precious single-dose vaccines were transferred to a secure room before being distributed to several vaccination centers across the country. The first vaccinations are intended for 1.2 million health workers.

An additional delivery of 420,000 doses is expected in the coming weeks, the government assured. A total of nine million have been ordered from the American laboratory. They will be supplemented by 20 million Pfizer vaccines. And South Africa will also receive other lots via the World Health Organization (WHO) and the African Union (AU). Lagging behind in the vaccination race, South Africa, officially the continent’s worst-hit country by the pandemic, was due to start immunizing its population of 59 million earlier this month, with one million British vaccines from the AstraZeneca / Oxford alliance.

The local variant responsible for the outbreak

This first batch had been received in early February with great fanfare, in the presence of President Ramaphosa on the tarmac. But a few days later, a study revealing a “limited” efficacy of AstraZeneca’s vaccine against the South African variant called 501Y.V2, had forced the government to suspend its vaccination campaign. WHO experts, however, recommended the use of the British vaccine in countries where variants are present. The AU, which has secured the acquisition of around 270 million doses for the continent, has also said it will not rule out AstraZeneca. Malawi has already declared that it is continuing to purchase these vaccines.

The South African government on Tuesday announced that it would offer the million British vaccines in its possession to the AU, for redistribution. The Johnson & Johnson vaccine is at least 57% effective against the variant, according to a study. South Africa is going through a second wave of coronavirus, largely caused by the local variant, known to be more contagious. It has nearly 1.5 million cases of infection and more than 48,300 deaths. But the curves have recently been inflected, with new cases dropping below 2,000 per day, against more than 20,000 at the end of December.