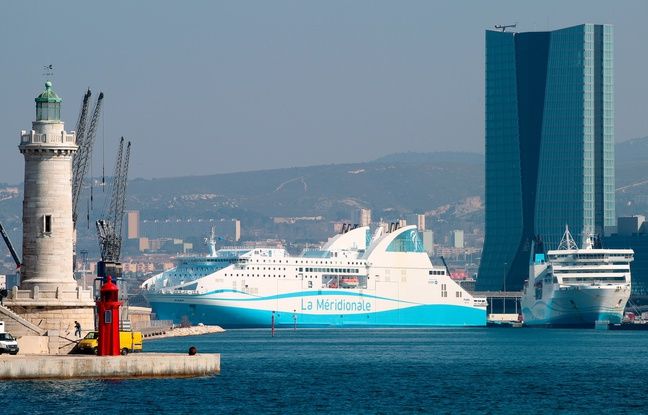 Corsica Linea obtained the maritime public service delegation (DSP) on Thursday from March 1 for three of the five connections between Corsica and the mainland and will share a fourth with La Méridionale which also obtains the fifth connection. A favorable vote of the Assembly of Corsica allows the Corsica Linea to operate alone under this transitional DSP the Bastia-Marseille, Porto-Vecchio-Marseille and Ile-Rousse-Marseille lines for the period of March 1, 2021 as of December 31, 2022.

The red boat company will share the Ajaccio-Marseille line with La Méridionale, belonging to the Stef logistics group. For the remaining line, Propriano-Marseille, La Méridionale and its blue boats, was selected.

Corsica Ferries, the candidate for the five lines, did not meet the requirements of this DSP, said Vannina Borromei, president of the transport office before the Corsican Assembly. Faced with the eviction of the yellow ship company, leader for passenger transport between Corsica and the mainland, its CEO, Pierre Mattei, said he would study new legal remedies: “What will be the judicial field, we’ll see, but we will act for sure, ”he said.

The implementation of this transitional DSP is the result of the postponement by the Assembly of Corsica, last autumn, of the Single-Economy Mixed Economy Company (Semop) due in particular to the “context of health crisis” which “changes the need for public service ”. The only private partner that came forward was Corsica Linea and La Méridionale and their offer was deemed inadequate last September.

The postponement of this public-private partnership was also justified by the opening in February 2020 by the European Commission of an investigation to determine whether the DSP contracts relating to maritime links between Marseille and the ports of Bastia, Ajaccio and Ile -Rousse, awarded to Corsica Linea in June 2019, comply with European Union state aid rules.

Supposed to see the light of day on January 1, 2021, this partnership between the Collectivity of Corsica (50.1%) and the private shareholder (49.9%), was intended to create a regional shipping company providing service to the five ports of Corsica from Marseille for seven years.

The principle of the creation of this regional company had been recorded by a vote of the Corsican Assembly of September 6, 2016, in order to replace the public service delegations which currently regulate the service of the island.