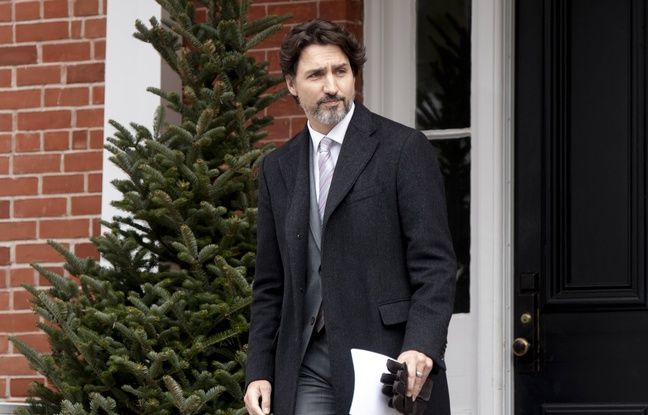 After the discovery of the remains of 215 Indigenous children at the site of a former residential school in British Columbia, Canada, which sparked a stir in the country, Justin Trudeau, who made reconciliation with Indigenous communities a priority of his government, on Monday promised “concrete actions”.

“The tragic legacy of residential schools is still present today and our government will continue to be there to support, with concrete actions, the survivors, their families and their communities across the country,” assured the Canadian Prime Minister.

The government will fund the search and exhumation of remains at other sites of former residential schools, he said during his first press briefing since the tragic discovery near Kamloops, British Columbia. “As a father, I can’t imagine how I would feel if my children were taken from me,” he said. “As Prime Minister, I am appalled by the shameful policies that have robbed indigenous children from their communities. In addition, Justin Trudeau acknowledged Ottawa’s “appalling failure” in its dealings with Indigenous communities.

“There is still a lot to do,” commented the Prime Minister, who has made reconciliation with the first peoples of Canada one of his priorities since coming to power in 2015. As of Friday, the head of the Canadian government had declared on Twitter to be “heartbroken” shortly after the discovery announced by the community Tk’emlups te Secwepemc. He also said he was in favor of an emergency debate in the House of Commons, responding to the call launched a few hours earlier by Jagmeet Singh, the leader of the New Democratic Party (NDP, left), on the verge of tears during a separate press briefing.

Flags at half mast

Indigenous leaders including Perry Bellegarde, Chief of the Assembly of First Nations, have also called for research to be conducted on the sites of former residential schools, according to local media. Indigenous communities “deserve to know the truth and to have the opportunity to heal (the hurt) regarding the loss of children who have died,” Perry Bellegarde said in a statement quoted by The Globe and Mail. On Sunday, the country put its official flags at half mast in mourning while ceremonies in memory of the young victims were held in several regions of the country.

In Quebec, participants left children’s shoes and toys on the steps of Saint-François-Xavier Church in Kahnawake, near Montreal, as a tribute. The remains were spotted by an expert using geo-radar at the site of a former residential school near Kamloops, which had been run by the Catholic Church. This type of establishment, created at the end of the 19th century and which existed until the 1990s, aimed to remove indigenous children from their communities and assimilate them into the dominant culture.

Some 150,000 Native American, Métis and Inuit children were forcibly conscripted into 139 residential schools across the country, where they were cut off from their families, language and culture. In 2015, a national commission of inquiry called this system “cultural genocide”. Ottawa had issued a formal apology to the survivors of these residential schools in 2008, as part of an agreement of 1.9 billion Canadian dollars (1.3 billion euros).

And in 2018, Canadian MPs passed a motion asking the Pope for a personal apology on behalf of the Canadian Catholic Church, after encountering a first refusal. For its part, the Canadian Conference of Catholic Bishops (CCCB) said Monday that the discovery of Kamloops was “overwhelming” and expressed its “deep sadness”.