Culture of control, lack of equipment… Teleworking slowed down in the public service 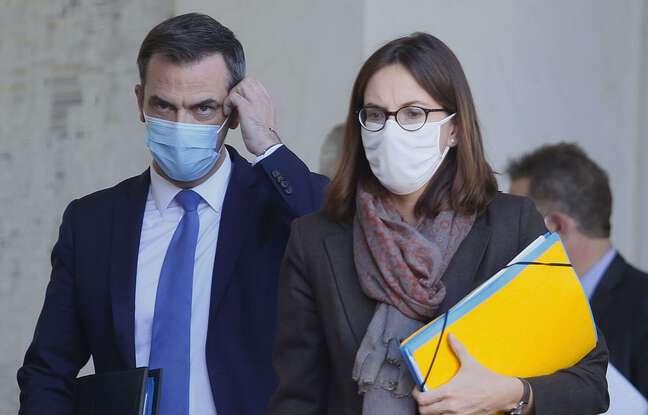 The Covid-19 crisis is forcing entire sections of society to reorganize and the public service is not spared. This is what shows a Wimi-Ipsos barometer which appears this Monday *. Like the private sector, the public service has had to telework. A mini-revolution, for the administration, which was not customary due to the fact: only 13% of public officials teleworked before the crisis. An upheaval that could turn out to be positive, since officials seem to have taken a liking to it.

A first positive experience for 67% of agents

According to Ipsos, 67% of civil servants have experienced the second confinement from a professional point of view. Comfort (for 69% of them), time savings (68%) and efficiency in personal work (67%) are the advantages that stand out the most. These positive points encourage civil servants to extend the experience, since three quarters of civil servants (75%) now wish to telework on a regular basis.

But if teleworking has attracted a majority of agents, 81% of them still want office presence to remain the norm most of the time. Firstly, because teleworking does not only bring positive effects to daily work: 31% of agents described this period as a “galley” and 24% mentioned “stress” to talk about it. In addition, a large proportion of civil servants work in direct contact with citizens, making teleworking impossible.

“A culture of control”

But the craze born of the telework experiment does not mean that the public service will overthrow its entire organization in the short term. The Wimi-Ipsos barometer identifies several obstacles to a transformation. The first are cultural. 73% of agents believe that their organization was not ready to face the first confinement (against “only” 52% in the private sector). Nathalie Makarski, president of public services at CFE-CGC explains: “Teleworking has never been deeply considered. Only a 2016 decree governs it, but it does not provide for the case of exceptional situations. “

This representative of the public service evokes, first of all, the problem of management: “To telework, we must apply a culture of trust. Today we are in a culture of control. “Which leads to a lot of presenteeism:” It is very anchored in the public service. “An analysis shared by 65% ​​of agents, who judge that” people stay in the office to show that they work. “

For Dominique Régnier, general secretary of the “territorial public service” branch of the Force Ouvrière union, “there is a problem with the training of managers. In the territorial civil service, for example, there are many specificities to take into account. However, managers are far from the field, so there is a form of disconnection with reality. “During the first confinement, the” N + 1 “were the most reactive in the management of the crisis, underlines the unionist. For him, this is a lesson to be learned: “Today we are in a form of top-down management, decisions are taken from above. We should ask more of those on the ground and feed back ideas to make relevant decisions. “

In order to sustain and improve teleworking, the issue of software is a decisive issue. The Wimi-Ispos barometer reports that one in two agents (51%) cannot access their documents remotely.

The two trade unionists also agree on the cruel lack of suitable equipment. The material available to civil servants has not adapted to the new forms of organization. “The vast majority of agents work on desktop computers,” explains Dominique Régnier. He even cites the example of an official who had, during confinement, to bring home two stationary computers to be able to work: “She had to install them every morning, and uninstall them every evening to free the table and to eat. their children. “For Nathalie Makarski, public administrations should now choose to equip agents with laptops at each renewal. “It’s not going to be done in a snap. The computer park is gigantic. So you might as well start right away. “

There is still a long way to go towards sustainable teleworking in the public service, but the next step is fast approaching. New negotiations with Amélie de Montchalin, Minister of Transformation and Public Service will take place on January 21. Objective: adapt the conditions of short-term teleworking and set a framework to increase this practice in the long term among public officials.