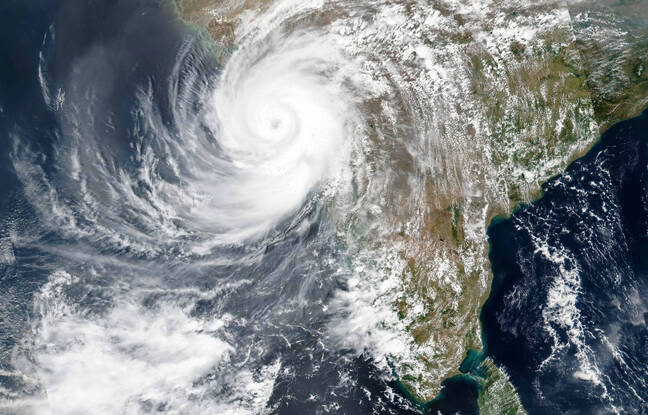 While the country is already facing a dramatic health crisis linked to the coronavirus, India also has to deal with a natural disaster. At least 21 people perished in the west of the country on Tuesday after cyclonic storm Tauktae hit.

Above all, the balance sheet could grow heavier. Some 96 people were still missing after the sinking of their boat off the coast of Bombay, capital of the state of Maharastra, announced the Indian Navy whose two ships and helicopters are helping in the search. The barge, which served oil platforms with 273 people on board, was adrift on Monday.

Tauktae, which has already caused the evacuation of nearly 200,000 people, made landfall on Monday in the form of an extremely violent cyclonic storm, with gusts reaching 185 kilometers per hour. The most powerful tropical storm to hit the region in decades claimed victims in the states of Kerala, Goa, Maharashtra and Gujarat, as formidably strong winds swept away the many makeshift dwellings, uprooted trees and electricity pylons. The sea level has even risen three meters along the coast, said meteorological officials in the coastal town of Diu, with winds of 133 km / h.

Maharashtra authorities on Monday closed Bombay airport for several hours and asked the population to stay safe after having had to evacuate 580 Covid-19 patients “to safer places” from three hospitals on Sunday. countryside. In Gujarat, all Covid-19 patients hospitalized within a radius of five kilometers from the coast have also been displaced. The authorities in this region are working to avoid any power cuts in the some 400 hospitals and 41 oxygen plants in the 12 coastal districts where the cyclone is expected to strike the hardest.

The state of Gujarat, which has officially recorded 9,000 deaths from the virus, a toll probably undervalued according to experts, also suspended the vaccination campaign for two days. Bombay did the same for a day. India, which has 1.3 billion inhabitants, on Tuesday counted 4,329 deaths and nearly 280,000 new cases of Covid-19 in 24 hours, bringing the total toll to nearly 25 million cases with more than 250,000 deaths.