Death toll exceeds 100 in Gaza, Washington “deeply concerned about violence in the streets of Israel” 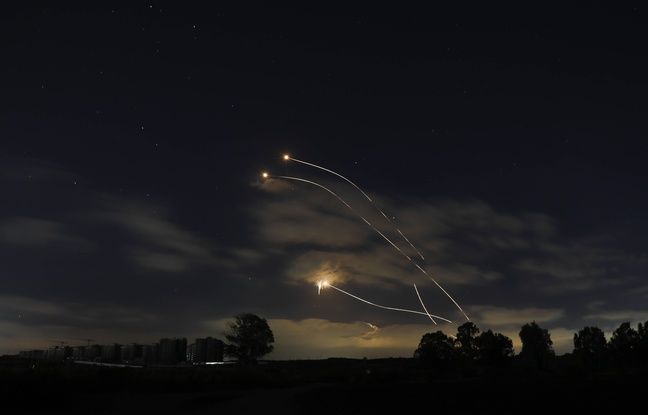 The Israeli-Palestinian conflict continues. The toll of the ongoing clashes between the Palestinian Islamist movement Hamas and Israel has exceeded 100 dead in the Gaza Strip, local authorities said late Thursday.

The health ministry in this Palestinian enclave has reported 103 dead, including 27 children, and 580 injured since the start of the clashes on Monday evening. On the Israeli side, the shooting from Gaza left seven dead and dozens injured.

Late Thursday evening, the Israeli army stepped up strikes against the enclave. And hundreds of people rushed out of their homes to avoid strikes in the northern Gaza Strip, according to witnesses and AFP journalists there. Earlier in the day, the Israeli army struck the apartment of Samer Abu Daka, head of Hamas’s drone division, and a Hamas military intelligence center, where “dozens of agents” were present. Hamas, which controls Gaza, for its part launched new bursts of rockets towards southern Israel where sirens sounded during the night.

US calls on Hamas to “stop rocket attacks”

The United States is “deeply concerned about the violence in the streets of Israel”, where clashes between Jews and Arabs accompany the new conflict between Hamas and the Jewish state, said Thursday the chief of the American diplomacy Antony Blinken .

Israelis and Palestinians “must be able to participate without fear of violence in the celebrations” linked to the end of Ramadan for Muslims and to the feast of Shavuot, the Jewish Pentecost, he told reporters.

The Secretary of State once again called for “an end to the rocket attacks” of the Palestinian Islamist movement Hamas against Israeli territory and defended “the right of Israel to defend itself”, as the United States has done. several times since the start of this new conflagration.