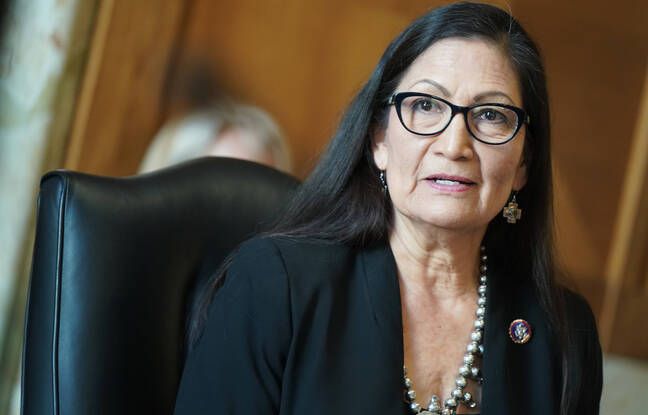 American democracy will therefore have waited nearly 250 years. Parliamentarian Deb Haaland received the green light from the US Senate on Monday to enter Joe Biden’s cabinet, becoming the first Native American to become a minister in the United States. At 60, she was confirmed, by 51 votes to 40, as Minister of the Interior, a vast department which mainly manages the natural resources of immense federal lands (about a fifth of the country’s surface) but also Native American reservations.

Deb Haaland is from the Laguna Pueblo tribe of New Mexico. She had already made history by becoming in 2018 one of the first two Native American women elected to Congress.

“Ms. Haaland’s confirmation represents a giant leap towards the composition of a government that reflects all the richness and diversity of this country because Native Americans have been neglected for far too long,” said Senate Democratic Majority Leader , Chuck Schumer, before the vote. “By placing Ms. Haaland at the head of the Ministry of the Interior, we are resetting the counters in the relationship between the federal government and the indigenous nations to regain cooperation, mutual respect and trust,” he said. added.

Her candidacy was supported by a petition from some 120 tribal representatives urging Joe Biden to “make history” by choosing her. “I think it is time for our world – not just our country, but the whole world – to start listening to indigenous peoples when it comes to climate change and the environment,” said the elected official when his name was beginning to circulate for this post.

“My ancestors made incredible sacrifices to allow me to keep my customs and traditions. I will not fail them, ”she assured in 2018, during a meeting with AFP. She was soon after elected to the House of Representatives, where she had sat since January 2019.

A single mother, she overcame alcoholism in her youth and had to resort to government food stamps for a while. Before Deb Haaland, only one other Native American was a member of an American government: Charles Curtis, vice-president of Herbert Hoover between 1929 and 1933, liked to recall that he was “an eighth Kaw Indian and 100% Republican”.