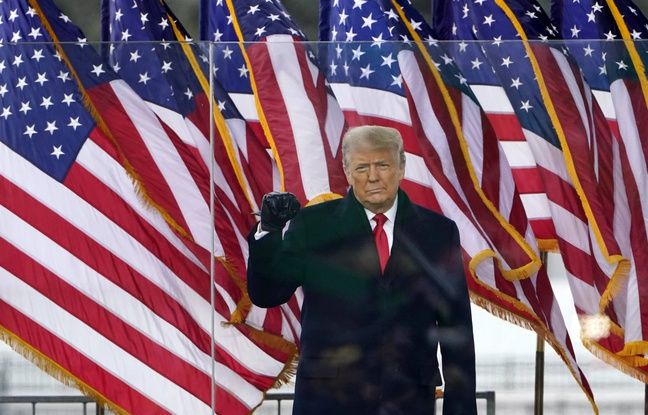 Democrats are putting pressure on Donald Trump. The elected Jamie Raskin, chief attorney of the House at the trial of the former American president which is to open in the Senate on Tuesday, asked Thursday the former tenant of the White House to “testify under oath”. But Donald Trump is likely to refuse on the advice of his lawyers, and even if elected officials can technically vote to subpoena him, they have not indicated, for the moment, that they intend to do so.

The elected is invited to explain himself on “his conduct on January 6”, the day of the attack on the Capitol by his supporters which earned him to be referred to trial before the Senate after an impeachment (indictment) voted in the Chamber for “incitement to insurrection”. “We propose that your testimony, which will of course include cross-examination, take place between Monday 8 and Thursday 11 February,” the member of the House of Representatives wrote to him. “We will be happy to organize it at a time and place that suits everyone.”

During his first trial, as part of his controversial phone call to the Ukrainian president, Donald Trump refused to testify on the advice of his lawyers. “If you decline this invitation, we reserve all rights, including the right to argue at trial that your refusal to testify weighs heavily against you,” Raskin said in his letter.

A vote of elected officials on a subpoena (subpoena) could in theory force the former president’s hand, but he could challenge it in court. Faced with this risk, the Democrats had given up last year. Even if he agreed to testify, Donald Trump could invoke the 5th Amendment and refuse to answer a question to avoid incriminating himself.

Whatever happens, even if the Democrats regain control of the Senate, it will be difficult for them to rally enough Republicans to reach the threshold of 67 senators out of 100 needed for a guilty verdict. Donald Trump should therefore escape impeachment, and especially a possible second vote to make him ineligible.