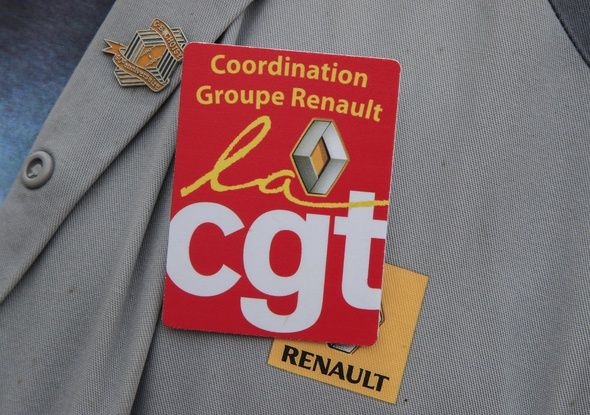 About 250 people gathered Thursday morning in front of the Renault plant in Le Mans to denounce the “dismantling of the automotive industry in France”. The objective of this mobilization was also to support the employees of the Fonderie de Bretagne put on sale by the automotive group.

“Recent events in our sector prove the need to act quickly, in particular with the search for buyers for the Fonderie de Bretagne and the new episode of receivership for the Fonderie du Poitou”, explained Gilles Guiton, head of the Renault Le section. Mans CFDT. “The Roland Berger report provides for a loss of 40% of the workforce of foundries in France, if nothing is done,” he added, specifying that the holding of foundries was “fundamental” in the automotive industry.

According to the union official, the Renault plant in Le Mans, where 2,200 people are employed and where chassis are manufactured, was “almost at a standstill” on Thursday due to a problem with the supply of components, which affects many people. automotive industry sites in France.

The demonstrators, mostly CGT and CFDT unionists, began to gather around 10 a.m. in gloomy weather in front of the Le Mans factory. “The watchword is to thwart the cost reduction plan that Renault has put in place: 2 billion in 2021, 2.5 billion in 2023 and 3 billion in 2025”, according to the CGT. “Electricity is put forward but for us the thermal is not over,” said Christophe Janvier, CGT manager at the Renault plant in Le Mans.

The employees of the Fonderie de Bretagne in Caudan (Morbihan), for their part, demand a return of volumes in their factory and their maintenance within the Renault group, which announced on March 11 the sale of the factory in order to ” perpetuate activities and jobs ”.

About a hundred CGT activists, who were joined by LFI activists, were also gathered in the morning in front of the Stellantis site in Douvrin (Pas-de-Calais) to demand that the jobs in this factory be maintained.

“A few weeks ago the management announced the relocation of an engine to Hungary” after “the announcement of the stopping of diesel engines for 2022, it clearly marks the shutdown of the site and 1,500 layoffs, this is not is not acceptable, ”assured Ludovic Bouvier, CGT metallurgy manager in Pas-de-Calais.