Deprived of a Christmas market, designers are launching a virtual chalet 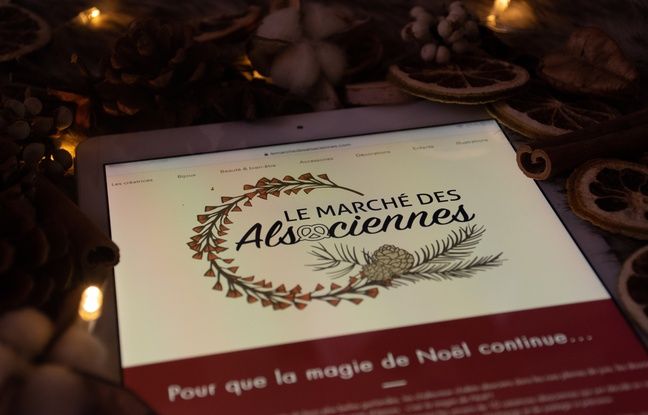 No chalet, mulled wine and strolls after dark between the stalls. With the health crisis, the Christmas markets in Alsace have been canceled this year, as in Strasbourg.

Mathilde Ringler, she had planned to sell her jewelry to that of Sélestat, in Bas-Rhin still. “When we saw that it wouldn’t take place, we said to ourselves that it was too bad to do nothing. We absolutely wanted to see our brand live ”, explains the co-founder of“ Engrainées ”. “As I had kept in touch with other exhibitors I met last year, we had an idea”.

A simple idea: create a website where their products would be sold. Finally exposed rather because “The Alsatian market” refers to the sales sites specific to each designer. “Considering that we put all of this together in ten days from the beginning of November, it would have been too complicated in such a short time. In addition, we would have had to pool our stocks, it was problematic, ”continues the one who is, in the civilian sector, manager of advertising on the web.

From three at the origin of the project, they are now ten. “I looked on Etsy and contacted other people. The criterion was that they have a sales site that is not a Facebook page, and that they are Alsatian given the name of our site ”, further details Mathilde Ringler, without denying a little original sexism. “We were just girls to get into this then …”

Posted on November 12, “Le marché des Alsaciennes” has quite successfully started. “There was a traffic of 800 people on the site from the first days and I got my first order after not even thirty minutes”, appreciates this resident of Colmar, 25 years old. With her “associates” in the adventure, she now hopes to attract other designers. “We have already brought together our respective communities, but the more we are, the more reach we have. Then, ten of us decide who can join us. Someone offered to sell masks, we said no because it didn’t seem to be on our mind. “

A site not just for Christmas

Their site, where the word Christmas was deliberately not chosen, should be established over time, regardless of the seasons. “We paid for hosting for a year and paid for some advertising on Instagram and Facebook,” concludes Mathilde Ringler. It is money that we would have spent if we had exhibited at Christmas markets. Not being able to go there forced us to question ourselves. On arrival, it gives something nice! “