Deprived of Christmas markets, the santonniers are worried 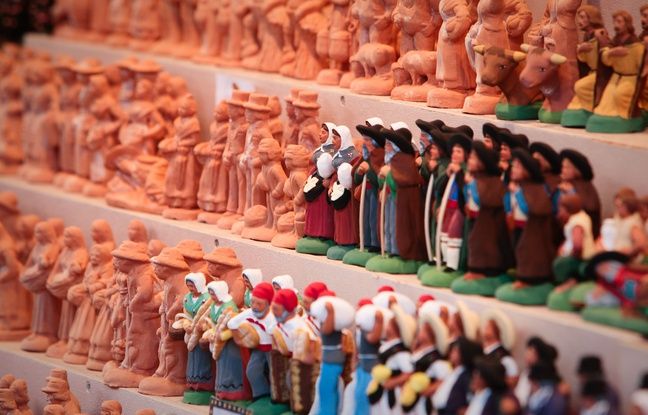 Châteaurenard, Allauch, Sceaux, Riquewihr in Alsace… In his workshop in Aubagne, the santonnier Stéphane Campana keeps the sad count of the fairs and Christmas markets canceled in December, even before the announcements to come on the continuation of the confinement. “It’s very serious,” he worries, like a whole profession which makes 80% of its turnover during the Christmas period. “We end up with an enormous stock that we cannot sell,” says Richard Deppoyan who, as it stands, still does not know whether the family house Santons Richard, 52 years of service, will spend the winter.

Just last weekend, he estimates he lost 6,000 euros in turnover with the cancellation of the Béziers and Fontvieille fairs. And to hear it, it is not the possible aid which will come to fill the shortfall. “It’s a whole profession that risks disappearing”, he warns, recalling that it brings together “nearly 300 people throughout France, including 250 in the Paca region”. “It’s a secular profession, there is no training school, you become a Santon maker after many years”, continues Richard Deppoyan.

With two colleagues, he has just created the Union des santonniers et crechistes to demand the possibility of being able to sell santons outdoors, as was finally authorized for Christmas trees. “We want to live off the fruit of our work by selling our creations, we prefer that the public authorities’ money go to the hospital, to the nursing staff,” says the collective. “I am in the process of drafting a whole sanitary protocol to transmit it to our supervisory minister responsible for crafts, Alain Griset”, confides the baker Nicolas Canet, installed near Cannes in the Alpes-Maritimes.

For four years, he has been working alone, and only unique pieces and decorative elements. “I stage pastorals, cypress alleys, this kind of element”, tells this enthusiast who, before putting his hand in clay, skimmed the fairs. If it has shipped orders to Belgium, and convinced the city of Grasse and perhaps soon also Nice to create a santon fair next year, its activity remains in danger. Selling online is not really a solution for this craftsman: “The management of a site where I should put the piece I have just created each time, I can’t see it. “

The suspense still for Aix, Marseille and Aubagne

“Fortunately, the site is getting a little more active, people are ordering, but this is still insufficient,” observes Stéphane Campana, who has already had to deal with the loss of 20% of his turnover obtained by buses of tourists, who did not come this summer. He sees several obstacles inherent in the universe of santon: an infinity of colors for the same model, difficult to promote online, a clientele not always aware of social networks, and especially the very essence of the fair or the show which brings together enthusiasts. “This is where we can defend our new products,” says Stéphane Campana, 22 years in the business, who this year added to his catalog a papet on a chair and a little girl with a hoop, among other models.

“We spend ten months in our workshops, then for two months we go out, we show, we sell, it is in fairs that we find an echo, and somewhere the justification of our creations”, insists Nicolas Canet, who hopes to at least do the Orange show in mid-December. “It’s the high mass of santonniers, it brings together three-quarters of the profession,” he said. In the Bouches-du-Rhône, the hope for santonniers is still to save the santon fairs in Aix, Marseille and Aubagne, which they have not yet been canceled. And will depend a lot on Thursday’s announcements.