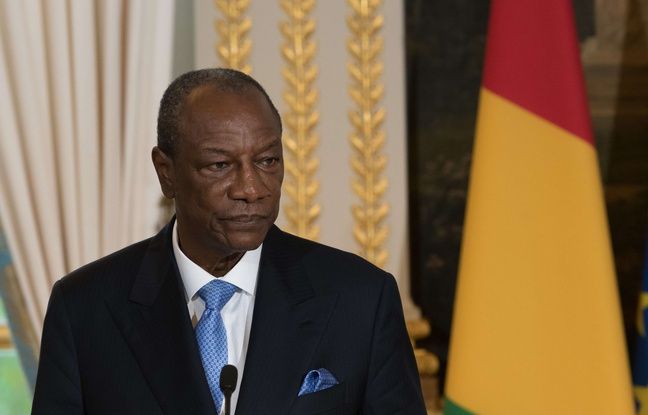 While the results of the US presidential election are long overdue, those of Guinea are now confirmed. Alpha Condé, 82, was definitively proclaimed president this Saturday, after months of a protest that cost the lives of dozens of civilians. He will thus carry out his third term.

The Constitutional Court rejected the appeals of its main challenger Cellou Dalein Diallo, and three others of the 12 presidential candidates of October 18. It validated the results proclaimed by the national electoral commission (Céni), which awarded the victory to Alpha Condé in the first round.

The opposition denounces a constitutional “coup”

The Court judges the appeals to be “ill-founded”, declares the ballot to be “regular” and affirms that the outgoing president “collected 2,438,815 votes, or 59.50%, greater than the absolute majority”, announced its president Mohamed Lamine Bangoura in solemn audience. She “therefore declares that Mr. Alpha Condé is elected in the first round of the presidential election on October 18, President of the Republic of Guinea,” he added. Cellou Dalein Diallo won 33.5% of the vote, according to official figures.

The opposition denounces a constitutional “coup”. The Guinean security forces also blocked access to Cellou Dalein Diallo’s house on Saturday, when the Constitutional Court proclaimed its decision. Heavy riot trucks and pick-ups were placed to block access to the opponent’s house on the outskirts of Conakry, where he intended to speak to journalists in the early afternoon.

The decision of the Constitutional Court is final and Alpha Condé will be able to start a new six-year exercise, possibly renewable once. This candidacy of Alpha Condé to his own succession gave rise to months of demonstrations and violence which caused the death of dozens of people, in almost all cases of civilians.

The former historic opponent, imprisoned and even sentenced to death before becoming in 2010 the first democratically elected president after decades of authoritarian regimes, joins in the eyes of his opponents and many defenders of democracy the ranks of African leaders who remain in the power beyond the term initially planned, more and more often by using legal arguments.

Alpha Condé had a new Constitution adopted in March, despite an already strong dispute and the condemnation of part of the international community, in order, he said, to “modernize (the) institutions” and, for example, grant greater place for women and young people. Like the previous one, the new Constitution limits the number of presidential terms to two. But, for power, its adoption reset the counters to zero and Mr. Condé, elected in 2010 and re-elected in 2015, was entitled to run for his own succession on October 18.