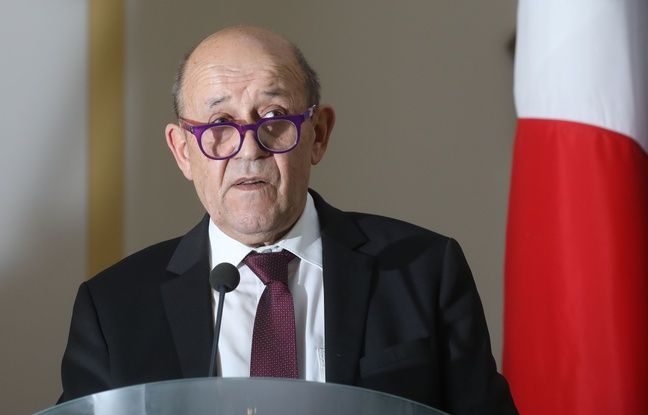 The heads of the French, British and German diplomacy are due to meet, Thursday with their American counterpart Antony Blinken, on the Iranian file, announced the spokeswoman of the French Ministry of Foreign Affairs, this Wednesday, while the Europeans hope to save the agreement governing Tehran’s nuclear program.

Jean-Yves Le Drian will receive in Paris his counterparts Heiko Maas and Dominic Raab, who will be joined by videoconference by the American Secretary of State, for a meeting “mainly devoted to Iran and regional security in the Middle East”, details the press release.

Joe Biden wants to return to the deal

Last Friday, France, Germany and Great Britain warned Iran that it was “compromising” any return to negotiations to save the 2015 agreement framing its nuclear program with its repeated violations of this text, recently. still on the production of uranium metal. The director general of the International Atomic Energy Agency (IAEA) is expected in Tehran on Saturday, a few days before the entry into force of the suspension of certain inspections by the Islamic Republic.

Since former US President Donald Trump’s withdrawal from Washington from the 2015 deal, Iran has withdrawn from most of its key commitments. President Joe Biden’s new administration has expressed willingness to return to the deal, but is calling on Iran to fully comply with it in the first place. Tehran says it is ready to return to its commitments but calls for the lifting of sanctions first, and rejects calls to expand the terms of the agreement.